Passive resistance is the non-violent opposition to authority, often involving a refusal to obey the law. A classic example of this is the pacifists who were unwilling to fight during the two world wars of the 20th century. The law required them to fight, but because of their belief in non-violence, they refused to.

Passive resistance can also include forms of civil disobedience, where ordinary citizens refuse to co-operate with the authorities and laws. The early 20th-century suffragettes, protesting for women's rights, held demonstrations in major cities in the United States and Great Britain. Some even participated in hunger strikes. 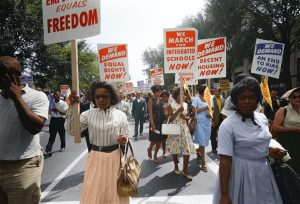 ending the desegregation rules which divided the nation by the colour of peoples' skin. During this time, people who supported the movement were involved in many forms of passive resistance, including: 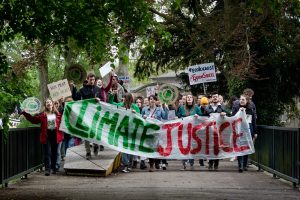 A more recent example of passive resistance in the UK is the 2021 Insulate Britain protests. These were organised in response to the group's perception of the government's lack of action around climate change. Members of the group protested in the middle of some of the busiest UK roads, stopping all traffic from passing through. During one incident, some superglued themselves to the M25, causing huge problems for hundreds of commuters. You can read more about their activities here.

To find out about divergent Christian views on passive resistance, click here.