The CoRE 2018 report was produced by an independent Commission that is seeking to ensure that the quality and academic rigour of Religious Education is maintained in the classroom, whilst also preparing students for life in contemporary British society.

The Commission was established by the Religious Education Council of England and Wales (REC) The Commission is independent and is entirely responsible for its reports and recommendations, however, the REC board oversaw the appointment of commissioners.

The Final Report of the Commission on Religious Education, Religion and Worldviews: the way forward. A national plan for RE, has been published. It sets out a plan for RE comprising of 11 recommendations and has petitioned the Government to comply. 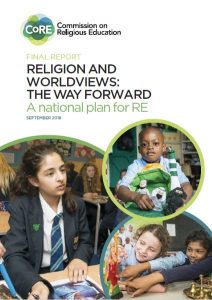 The report is the result of two years work from Commissioners. They have listened to evidence from a wide-range of concerned parties including pupils, teachers, lecturers, advisers, parents, and faith and belief communities.

The report recommends change the name of RE in schools to 'Religion and Worldviews,' which they suggest is a better reflection of modern Britian.

The CoRE final report can be found here.