Revelation Through the Bible 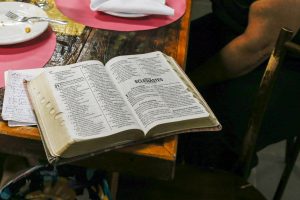 The Bible is the most significant book Christians will ever read. This is because many believe it contains God's actual words, written down by people who had a revelation from him.

It is for this reason that the Bible is an important source of revelation. Inspired by God, the Bible is a book that helps people understand the nature of God; what he is like, and the things he holds to be important.

God made covenants - a posh word for promise - with a number of famous people in the Bible. Possibly the most famous are those involving Noah and Abraham. There are aspects from both covenants that provide revelation to Christians today.

The Covenant with Noah

Noah is famously known for his role in the building of the ark when God sent a great flood to destroy the earth. Less 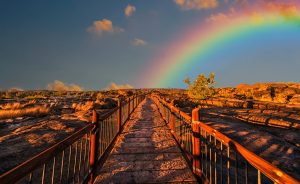 famous is the covenant that he made after, in which he promised to never again destroy the earth with a flood. As a sign of this promise, he would set a rainbow in the sky.

REVELATION: This promise was made to 'all living things' (Genesis 9:17) and therefore offers Christians assurance that they are safe; that God is faithful and keeps his promises.

The Covenant with Abraham

Abraham was told by God to leave the country of his birth to go to another land. The catch? He had no idea where he was going, but he did know that when he got there God would make it clear and provide him with what he needed. 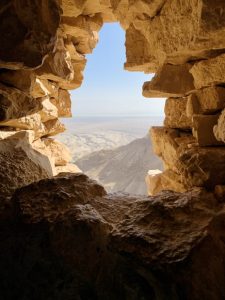 Also, God promised him that he was going to be the founder of a new nation.

Abraham did exactly as he was told, leaving his home country. Later God made a covenant with him, which can be read in Genesis 17.

REVELATION: This covenant shows Christians that the most important thing they can do is to obey God and do the right thing by following his teachings in the Bible. In return, they can expect God to reward them for their faith.

NB: This covenant is why Jewish people to this see themselves as God's chosen people. As a sign of this, they still circumcise their baby boys when they are eight days old today.