Why is the Bible Important to Christians?

JB Gill explains why he values the Bible

JB Gill rose to fame as a member of one of the UK’s biggest boy bands: JLS. They dominated the charts for five years, boasting 5 number 1 singles, over 10 million record sales worldwide, and a multitude of awards. 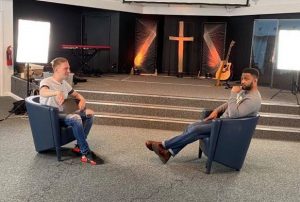 Watch this interview to hear him share his experience of connecting with God through the Bible and why it's important to him.