Leonardo Fibonacci was an Italian medieval mathematician. He is famous for noting patterns and ratios that can be found in nature.

He also came up with what is known as the golden ratio: phi = 1.61803. This ratio is noticeable in the vast majority of biological systems and inanimate objects of the world.

Mathematicians use Fibonacci's sequence and golden ratio to explain shapes that they find in nature. These shapes are called logarithmic spirals. Below are some examples of these. 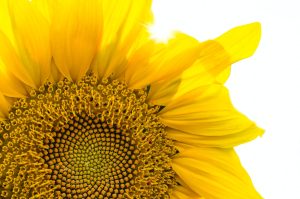 Fibonacci sequence. Each petal is placed at 1.618 per turn, out of a 360° circle, which gives the flower the best access to sunlight. This enables it to grow well.

Also, the head of a flower follows the sequence. As seeds are produced in the centre they gradually move towards the outside, creating a spiralling pattern, such as in flowers. When counted, the number of spirals is usually a Fibonacci number.

If you look closely at a pinecone, you will see that the seed pods are also arranged in a spiral pattern. Once again, the spiral will usually be a Fibonacci number. 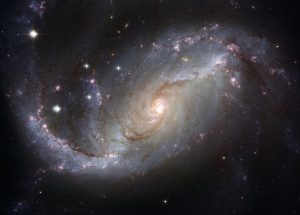 The Milky Way is a spiral galaxy. It has spiral 'arms' that curve out from a central section. Each of these 'arms' follows a logarithmic spiral of around 12 degrees.

Starting from the tip of the finger to the wrist, each section is the size of the previous one by the Golden Ratio's phi. 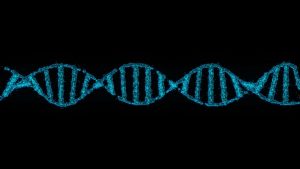 DNA molecules measure 34 angstroms long by 21 angstroms wide for each full cycle of its double helix spiral. These numbers, 34 and 21, are numbers in the Fibonacci sequence, and their ratio 1.619 is virtually the same as the Fibonacci golden ratio at 1.618.

These represent just a few examples of Fibonnaci's Golden Ratio in nature. There are hundreds more!

Many people believe that the pattern displayed throughout nature is not a coincidence, and couldn't have happened by accident. Only a higher being could have created something with such order, following the same mathematical patterns. The only being who is powerful enough to do this is God.

Activity:  Research some more examples of Fibonacci's golden ratio. Do you think this offers good evidence that God exists?