The Afterlife: Resurrection on Judgement Day 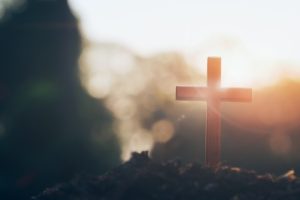 Resurrection means to come back to life from the dead. Jesus, himself, was resurrected after he was crucified, Many Christians believe that their bodies will be resurrected at the 'Last Judgement,' when they will face God and be judged for the choices they have made in their lives.

This is why some Christians choose to be buried instead of being cremated; they believe they need to keep their physical body whole, ready for this occasion. They believe this because of teachings from their church, and also because of what the Bible states.

'And I saw the dead, the great and the small, standing before the throne, and books were opened; and another book was opened, which is the book of life; and the dead were judged from the things which were written in the books, according to their deeds.' Revelation 20:12

Belief in bodily resurrection is also reflected in the Apostles' Creed: 'I believe in the resurrection of the body and life everlasting.' You can read the full Creed by clicking here.

However, other Christians believe that it will be a spiritual resurrection, and draw on verses from the Bible and church teachings to support their ideas. For example, Paul wrote: