Why is Christmas so important to Christians?

There’s no denying Christmas holds a special place in many people’s hearts. But why? For some, it may be the 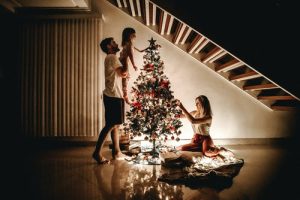 chance to party with friends and family. Others might cherish the opportunity to reflect on the important things in life, like being generous to others. But for Christians, the reason is much more dramatic.

The name gives a big clue to what makes Christmas so significant. ‘Christmas’ comes from ‘Christ’s Mass’, the Church’s traditional feast day to celebrate the birth of Jesus Christ. Birthdays always give good cause for a celebration. But Jesus’ arrival on earth is much more significant to Christians than the birth of an outstanding teacher and leader.

For Christians, Christmas marks the arrival of God himself on earth, in the person of Jesus. This is known as the incarnation, which comes from the Latin word 'carnis,' meaning flesh. 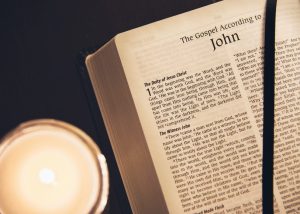 How does the Bible support this?

‘The Word [God] became flesh and dwelt among us’ (John 1:14) In other words, the God of the Universe - the all-powerful, all-loving Being who created the world and everything in it - chose to become a tiny baby. Although never ceasing to be God, he knew exactly what it was like to be a human, for good and for bad. He made friends; he found enemies. He knew joy and sorrow. He laughed and got angry. He experienced childhood, and as Easter reminds us, he died.

Why did God visit the earth in human form?

After all, a God might reveal themselves to people without ever having to limit themselves to a human body. Christians believe that Jesus’ time on earth is one episode in a much bigger story that goes back almost to the beginning of human existence. 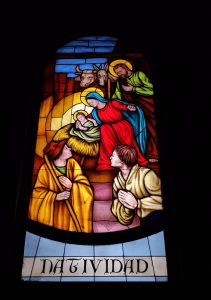 This is a story that begins with the episode often known as ‘the Fall’, found in Genesis. This is explained in greater detail elsewhere on the site, but essentially it is the belief that God made people be in a good relationship with him and the world around them, but that people chose to reject God, with dire consequences for all humans and the world around us.

However, the Bible shows that God did not leave things here. He set up a pact or covenant with a chosen group of people, the Israelites. He called them to be a light to the world, to demonstrate a way of living that honoured Him and others. This episode is described in the story of Abraham and continues through Moses, to whom God gave His law.

The Old Testament is full of stories about this relationship between God and His people. Often, the Israelites got things wrong and rejected God’s commands. When this happened God spoke to them through prophets such as Isaiah and Jeremiah, urging them to return to the right path.

But there are many prophecies in the Old Testament that hint that God had another plan in hand. The prophets talk about the Anointed One or Messiah that God would send to be the final salvation for Israel and the wider world. One of the gospel writers, Matthew, refers to some of these prophecies when he describes the birth of Jesus. One of the most famous is found in Chapter 1 verse 23:

‘The virgin will conceive and give birth to a son, and they will call him Immanuel.’

This verse comes directly from the Old Testament prophecy of Isaiah, Chapter 7:14. Immanuel literally means ‘God with us’. This is a promise, not just that God would send somebody special, but that he would come himself.

But why did God himself come to earth? What was wrong with using prophets to tell people what they needed to do to get right with God? The answer lies in what Jesus came to do. 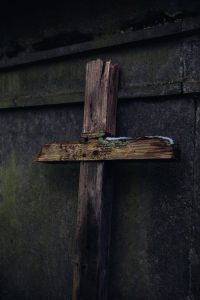 Christians believe that, since the Fall, all humans are sinful, living in a way that rejects God. They believe that there is a price to pay for this sin, but that because God is loving and merciful, He found a way to pay that price on our behalf. Only a perfect human could pay the price for humankind’s sin, and so Jesus, who was God, came to be that perfect sacrifice. There are some verses found in John’s gospel that sum up this belief:

“For God loved the world so much that He gave His only Son, so that all who believe in him may not die, but have eternal life. For God did not come into the world to condemn the world, but to save the world through him.” (John 3:16-17)

In other words, Jesus came because God loves the people he made. Because of Jesus, every person can know a new life with God.

Why is the incarnation important?

The incarnation is important theologically, as a way of explaining how God’s big salvation plan works. But for Christians, it is also important on a more personal level. 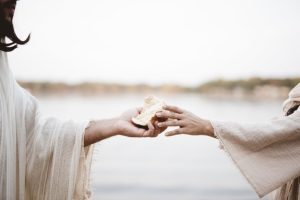 But Jesus taught that if people have seen Him, they have seen God (John 14:9). So Christians believe that if they want to know what God is like, they need look no further than the stories of Jesus found in the Bible.

How does this help Christians?

This picture provides comfort to many Christians. Jesus is a model of compassion, healing the sick and bringing sight to the blind. He notices people that everybody else overlooks, for example, children, the disabled. He speaks in a language that people can understand, using everyday images and situations in his teaching. He knows what it means to make and to lose friends.

And, perhaps most comforting of all, Jesus knows what it means to suffer. The Easter Story shows how Jesus is betrayed by a friend and abandoned by the rest. He is misunderstood. People lie about him. He is humiliated. And then he feels the pain of death. So when Christians pray, they believe that they are talking to somebody who understands what they are going through in their best and their worst times. The Letter to the Hebrews, found in the New Testament, puts it this way:

"For we do not have a high priest who is unable to empathize with our weaknesses, but we have one who has been tempted in every way, just as we are—yet he did not sin. Let us then approach God’s throne of grace with confidence, so that we may receive mercy and find grace to help us in our time of need." (Hebrews 4:15-16)

What is the incarnation? The belief that God chose to become a human being, living on earth as a real person. Although never ceasing to be God, he knew exactly what it was like to be a human, for good and for bad. He made friends, he found enemies. He knew joy and sorrow. He laughed and he got angry. He experienced childhood and. as Easter reminds us, He died.