God in Creation: The 'Anthropic Principle'

Who is not amazed when they look up at the stars? The Bible says:

'The heavens tell of the glory of God. The skies display his marvellous craftsmanship.' Psalm 19:1 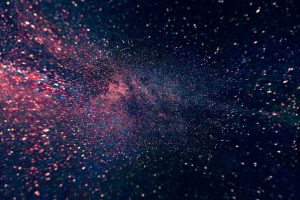 Christians believe that God created a universe that carries His 'signature'. We can see this signature in the wonderful order of creation.

We might think that the evidence in creation is not so persuasive these days. Perhaps we are all here because of the Big Bang, or a long process of blind chance? But in recent years scientists have discovered many unexpected ways that the universe is 'just right' for us to live in. For example, if the forces inside the nucleus of atoms were slightly different, either there would be no hydrogen atoms at all or else the universe would be nothing but hydrogen atoms. Either way, you and I would not be here.

If the electromagnetic forces inside atoms were just a tiny fraction different, the various kinds of atoms needed for life could not exist, and our lives would be impossible. If the speed of light was either slightly more, or slightly less than it is ... well - you get the idea. One author lists more than twenty such remarkable 'coincidences' in the way the universe is made. The chance of all these things being 'just right' for us is much less than the chance of the same person winning the lottery not just once, but ten times in a row.

Scientists call this the 'anthropic principle', and they are struggling to know what to make of this. An article in New Scientist magazine says,

'The Universe we live in seems to be a very unlikely place. Random processes and statistical fluctuations could easily have made it quite inhospitable to life.'

This article goes on to ask, 'Are we just lucky? Or is there some deep significance to the fact that we live in a universe just right for us?'

With all that scientists are discovering, surely it would take more faith to be an atheist than to believe that the universe was designed by a powerful, wise, and loving God? 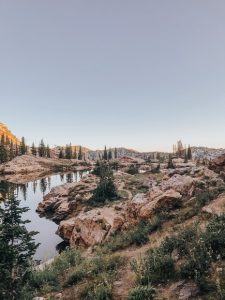 Of course, scientists have tried to come up with other explanations of the anthropic principle. For example, they say that any universe that we can observe has to be the way this one is, otherwise we could not be here to observe it. Alternatively, they talk about many parallel universes, in which we just happen to live in the one where human life is possible. However, these kinds of explanations are pure speculation - there isn't any evidence for them, and in the nature of things, there never can be. Some of them sound more like science fiction than reality.

'From the time the world was created, people have seen the earth and the sky and all that God made. They can clearly see His invisible qualities - His eternal power and divine nature. So they have no excuse whatsoever for not knowing God.' Romans 1:20

This is as true today as it ever has been - in some ways, with the discovery of the anthropic principle, it is more true now than ever before. So the first kind of evidence that we have is the creation itself - a universe that carries God's signature - a universe 'just right' for us to live in.

These pages have been produced by David Couchman MA (Cantab), MSc. The material is taken from the Facing the Challenge course and is used with permission.