What do Christians believe about why Jesus died?

Jesus died by being crucified. ‘Crucifixion’ means nailed to a cross. The cross was then lifted up outside the city walls (in Jesus’ case, Jerusalem) so everybody could see it. The people on the cross were then left to die in the hot sun. It was a form of Roman execution, usually saved for really wicked criminals such as murderers, or people who fought the Roman Empire.

Jesus was accused by his enemies of ‘stirring up trouble’ against the Romans who occupied Israel. The events of Palm Sunday – where crowds followed him and called him king - were probably used as evidence against him. At the time the only ‘king’ allowed in Jerusalem was the Roman Emperor.

There are lots of answers to the question, ‘Why did Jesus die?’ You could say it was because Pilate, the Roman Governor of Jerusalem, sentenced him to death. Or because one of his disciples, Judas, betrayed him. Or because Jesus had enemies who wanted him dead. All that would be true, but in the Gospels, it seems that there is something more to it... 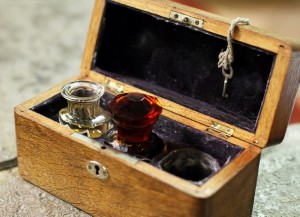 Clue 1: The Wise Men’s presents Remember the presents in the Christmas story – gold, frankincense and myrrh? Myrrh is used on dead bodies before they are buried to keep them smelling fresh. This seems a very strange thing to give to a newborn baby! But Christians see it as a sign right from the beginning that Jesus’ death would be as important as his life. . 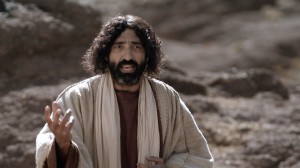 Clue 2: Jesus predicts his death over and over again The gospels record Jesus telling his disciples on more than one occasion that he will die. For example: ‘The Son of Man [that is, Jesus] must suffer much ... and be rejected ... he will be put to death, but three days later he will rise to life.’ (Mark 8:31)

Not surprisingly, some listeners thought he was mad, or demon-possessed.

Clue 3: The Last Supper  Jesus’ ‘last supper’ with his disciples was not just any meal. They were eating a special meal called the Passover meal. At the Passover, Jews remember the special covenant they made with God: the promises made in the time of Moses when they promised to follow God, and He promised to always be with them. During this Passover meal, on the night before he died, Jesus talks about the bread they are eating as being his body and the wine they are drinking as being his blood. 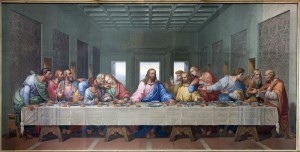 What could this mean? The Jews marked this special bond in a ceremony that included sprinkling the people with ‘the blood of the covenant’. That was remembered by drinking wine. When Jesus talks about the Passover bread as his body, and the Passover wine as his blood, he is telling his disciples that his death now makes a new special bond between people and God. In other words, Jesus’ death would make it possible for people – non-Jews as well as Jews – to be linked with God in a new way. 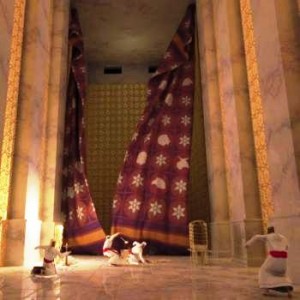 In the Jewish temple in Jerusalem there was a big curtain that separated off a special place called ‘The Holy of Holies’. This is the place where Jews believed the presence of God could be found. Only a specially consecrated Great High Priest could go in, once a year (during Yom Kippur, the festival of atonement), to make a special plea for forgiveness on behalf of all the people. Matthew’s gospel says that when Jesus died, this curtain – the symbol of separation between a Holy God and humankind – tore in two. What could that mean?

Did you know...? Any priest entering the Holy of Holies section of the temple would have a rope attached to them, and a bell. This was in case they were overwhelmed by the presence of God and died. By this, the other priests – who had not gone through the necessary cleansing rituals - could pull the body out without having to go into the Holy of Holies themselves. Find out more... Christians relive the last meal that Jesus had with his disciples every time they take communion or mass. Discover what happens here.