How do Catholics worship God? 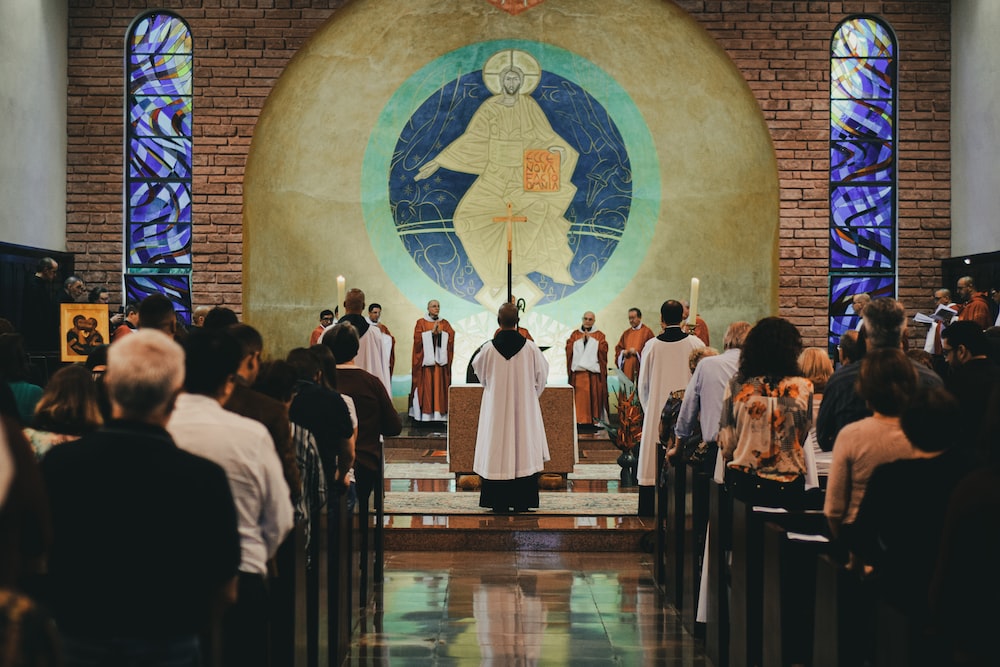 At the centre of Roman Catholic worship is the Mass. Some Catholics go to Mass on Saturday or Sunday evening; all Catholics are supposed to go to at least one of these services. On entering a Catholic Church next to the door there is a stoup (a stone bowl) containing holy water. This is used to make the sign of the cross with.

During the first part of the Mass there are readings from the Old and New Testaments of the Bible. In many churches these will be read by different members of the congregation including children sometimes.

Following from this the priest reads a passage from either Matthew, Mark, Luke or John's Gospel. This is then followed by the 'homily' or teaching by the priest and prayers will also be said.

In some Catholic churches, the small children take part in what is known as 'The Children's Liturgy'. This is a special group for the children where they think about the Bible story in fun ways.

During the second part of the Mass gifts of bread and wine, and money are offered to God. This is followed by Holy Communion. Catholics do not see the breaking of bread just as an act of remembering Jesus’ Last Supper. They believe they relive it. During the time when the priest offers up the bread and wine, Roman Catholics believe that God changes these everyday objects into the risen Jesus Christ – his body and blood. This is known as transubstantiation.

Because of this, Holy Communion is treated with huge respect in the Roman Catholic church and can’t be offered to people who don’t accept this belief. In order to receive Holy Communion the people will go to the front and stand by the altar rail. They will first receive the host (bread) from the priest or a 'Eucharist Minister'. Then move to the person holding the chalice (cup) and take a sip of wine.

During the service, hymns and even prayers may be sung. In the Roman Catholic church, it's believed that worship of God and prayers are performed along with the saints. Mary, Jesus' mother, is one of the most important saints to whom they pray. Catholics believe that she speaks on their behalf to God. In their personal prayers, some people have a set of beads called the Rosary of the Virgin Mary, and they use them to say special prayers.

Watch these videos to find out a bit more about this subject.