Explore some stories from the New Testament

The New Testament is the second part of the Bible.

Read through the timeline to find out what stories are in the New Testament. 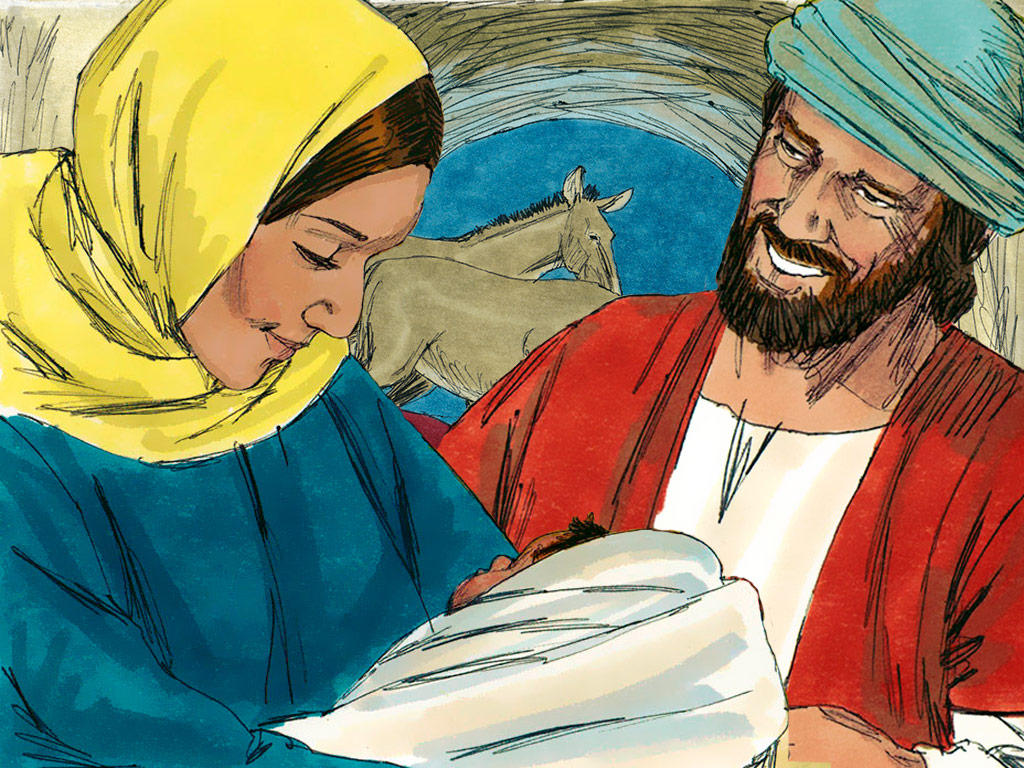 The Gospels
The New Testament begins with the story of Jesus' life on earth. Matthew, Mark and Luke tell the story of Jesus' birth. Mary, was told by the angel Gabriel that she would give birth to a very special baby and she should call him Jesus which means 'The Lord saves.' Jesus was born in Bethlehem but spent his early life in Nazareth. 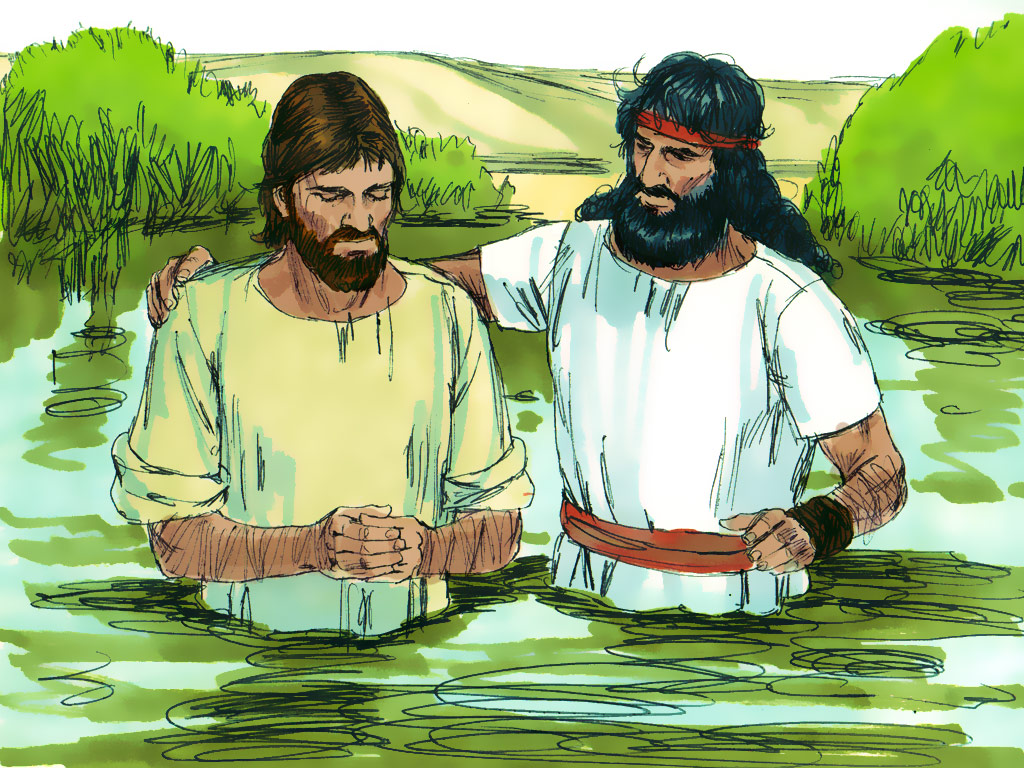 Jesus is Baptised
Jesus was sent by God the Father to do a very special job. The job was to show people how much God loves them and also how they should live. The main part of Jesus' job began with his baptism. 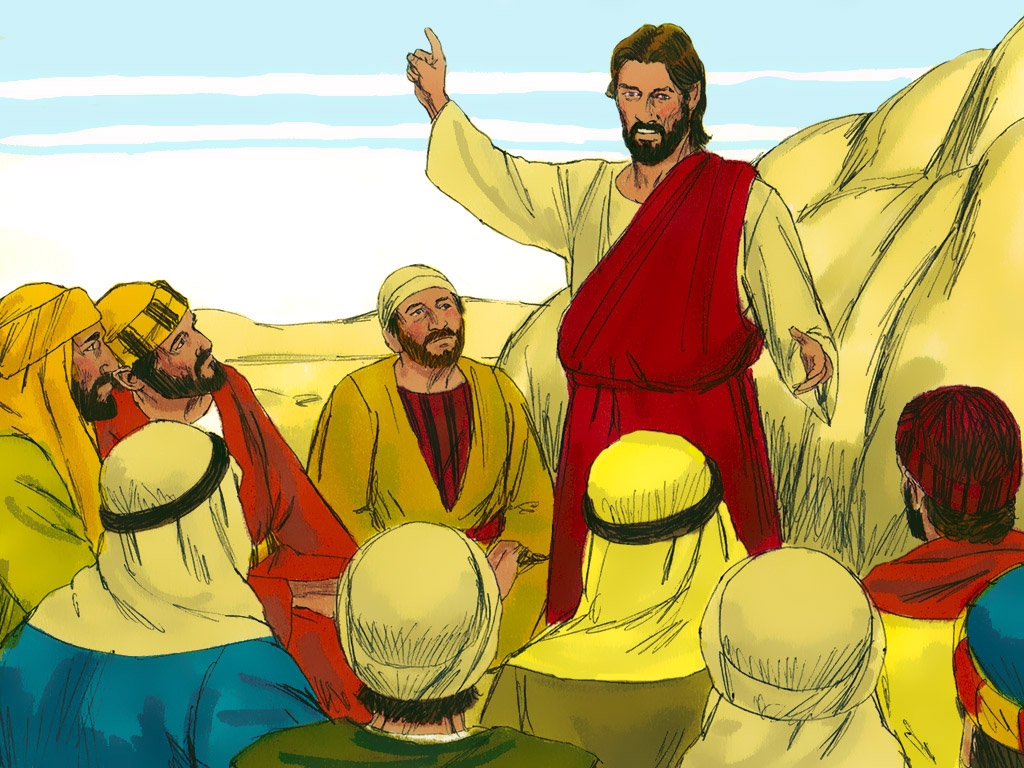 Miracles
Miracles are special events that Christian's believe show God's power. Jesus performed many miracles - at one time he fed 5,000 people with just 5 loaves and 2 fish. Jesus also healed many people who were blind, deaf and who had leprosy. Christians believe that the miracles were signs showing that Jesus was God. 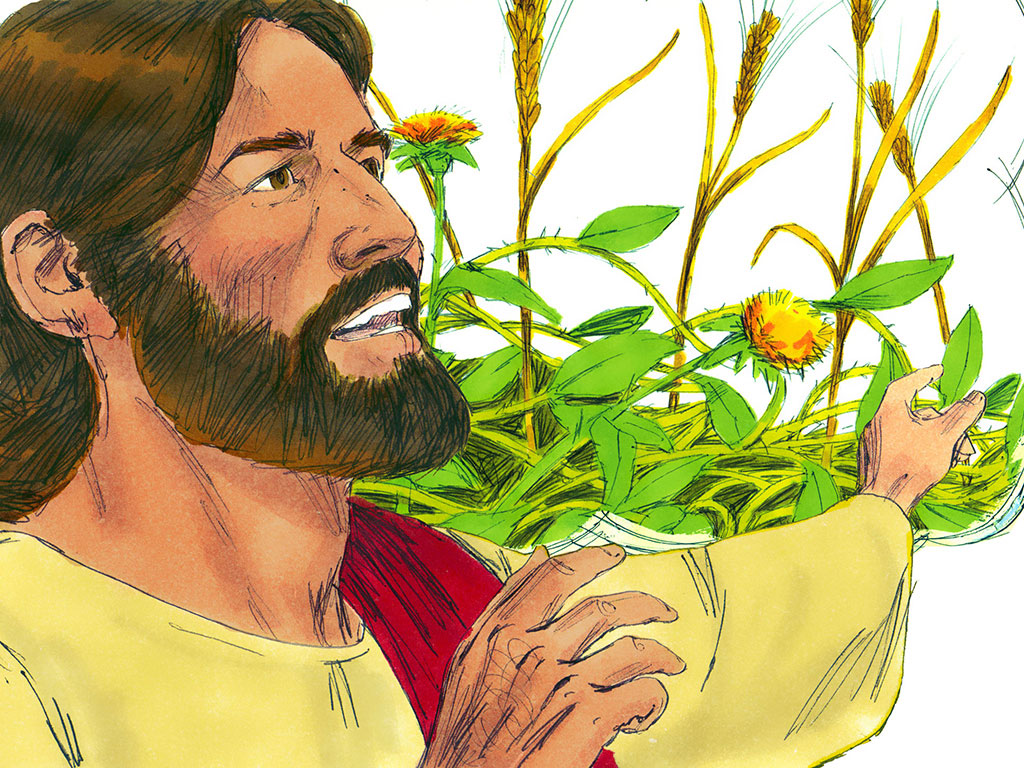 Parables
Parables are stories used for teaching. Jesus was a special teacher who used parables to teach about God and his kingdom. 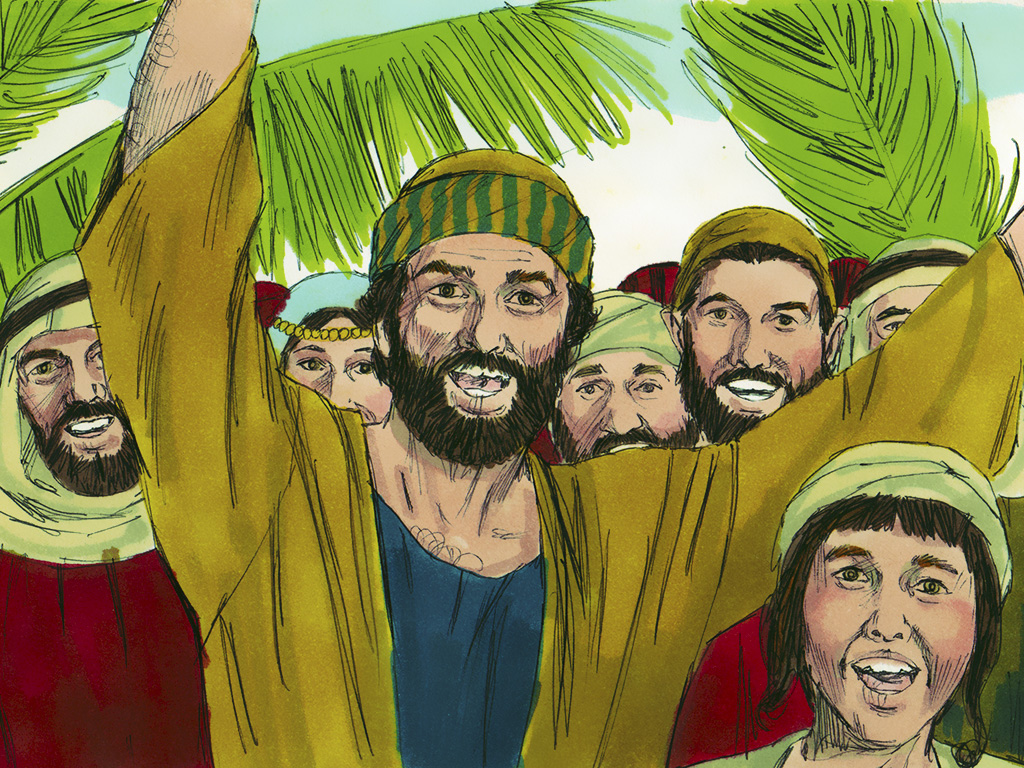 Palm Sunday
Each year the people had a special festival called the Passover. Many people often went to Jerusalem, a big city, to celebrate it there. One year Jesus and his friends went to Jerusalem to celebrate the Passover. Jesus rode into the city on a colt. When people heard he was coming they began to shout and wave palm branches because they were so pleased to see Jesus. 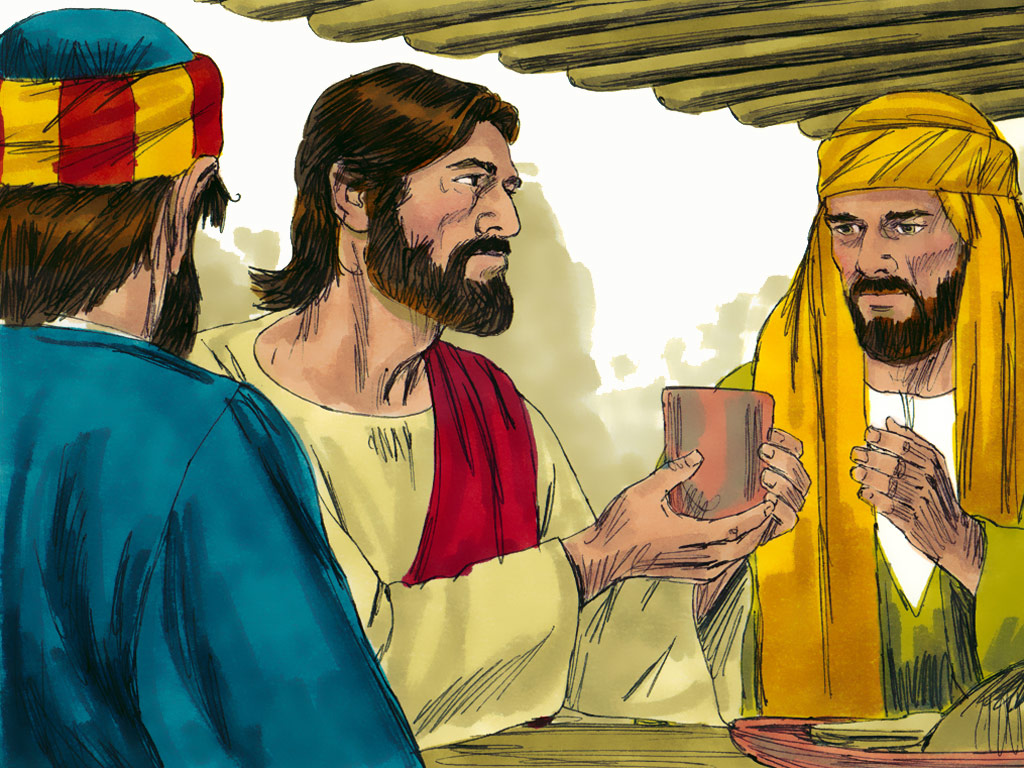 The Last Supper
As part of the Passover festival Jesus and his friends ate a meal together. At the meal Jesus told them that he would soon have to die. He explained that this was part of God's plan to show how much he loved the world. At the meal Jesus took some bread and broke it and then held up a cup of wine. He said that the bread was like his body that would be hung on the cross and the wine would be like his blood. Christians still share bread and wine to remember this special meal 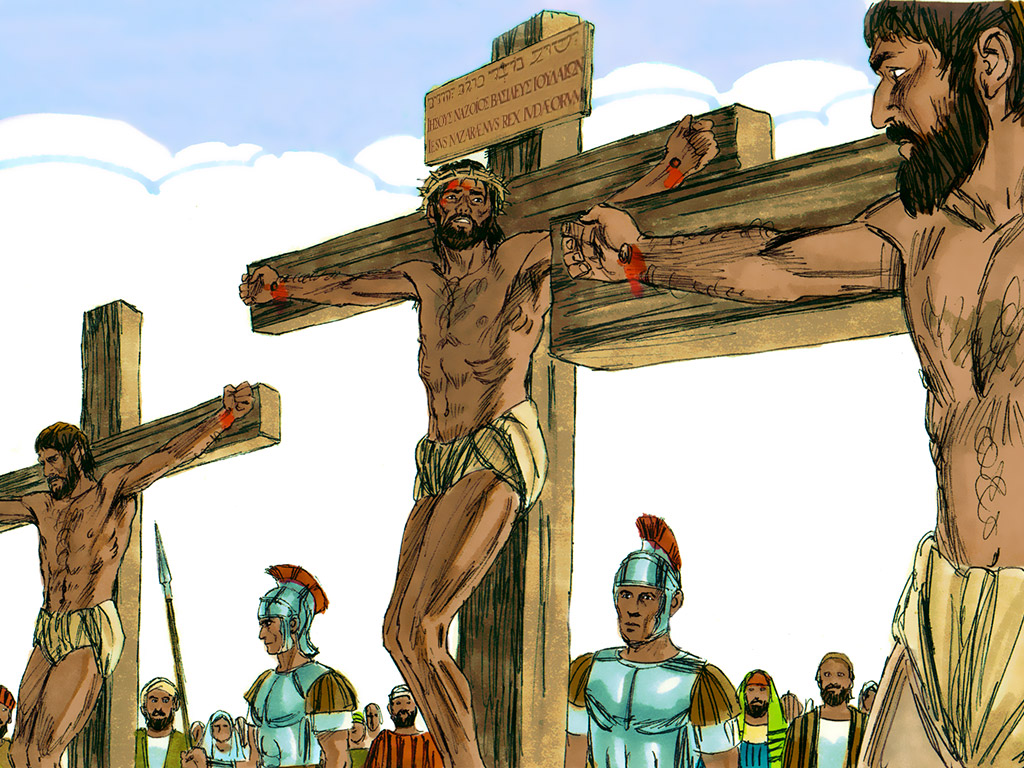 Jesus dies on a cross
Not everyone liked Jesus. Some of the leaders didn't like what he was teaching or how popular and powerful he was. So just as Jesus had said, that night some guards came and arrested him. They took him to the leaders who decided that he should be killed on the cross. Jesus' friends were very sad because they thought they would not see Jesus again. 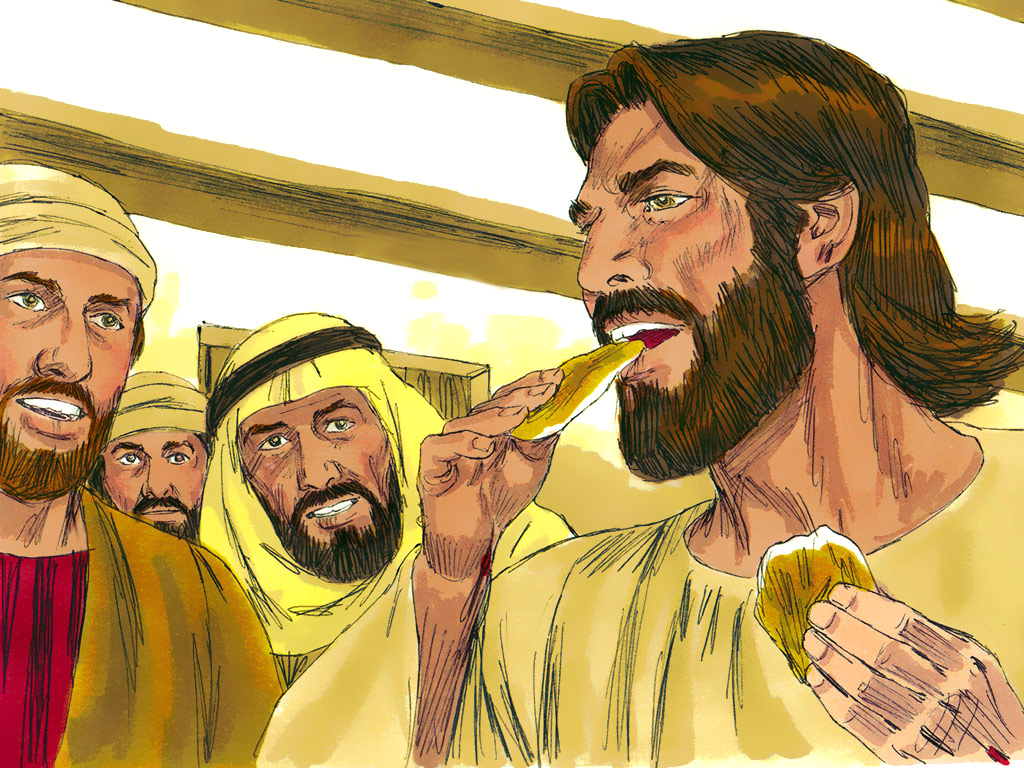 Easter and the Resurrection
A few days later Christians believe that the greatest of all miracles happened. Jesus came back to life again. First some ladies, including Mary, saw him and then other close friends and then hundreds of people. Jesus even ate a meal with his friends to prove that he really was alive. 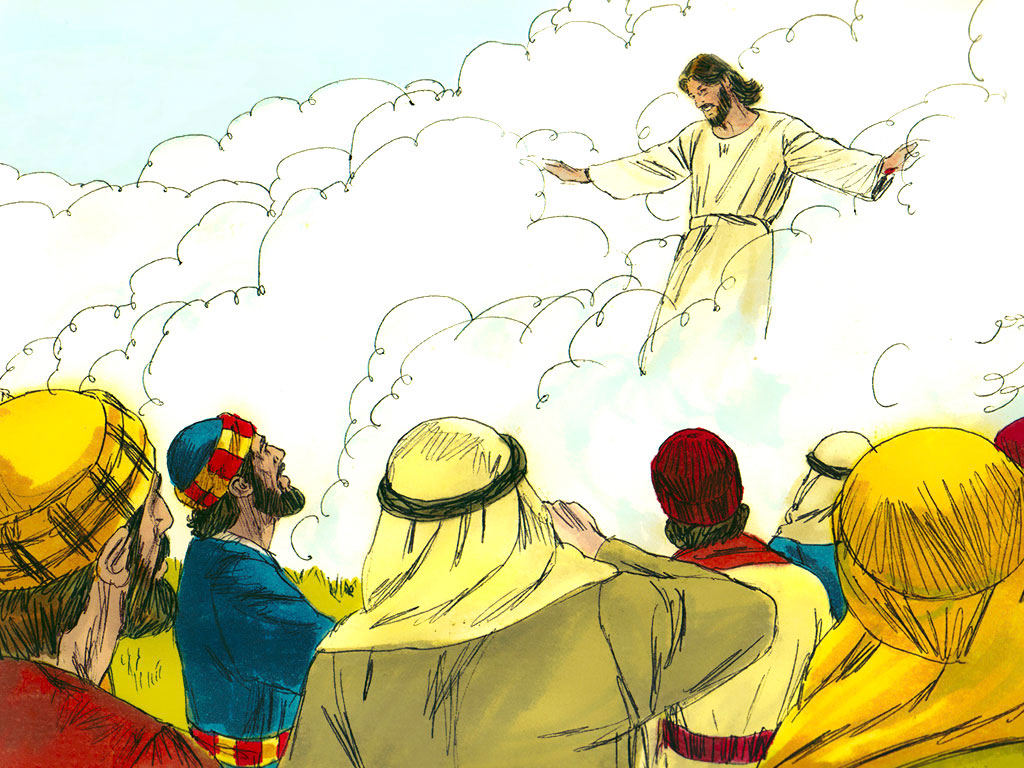 Jesus ascends to heaven
This part of Jesus' job on earth was finished. Christians believe that he then went back to heaven to be with God the Father. 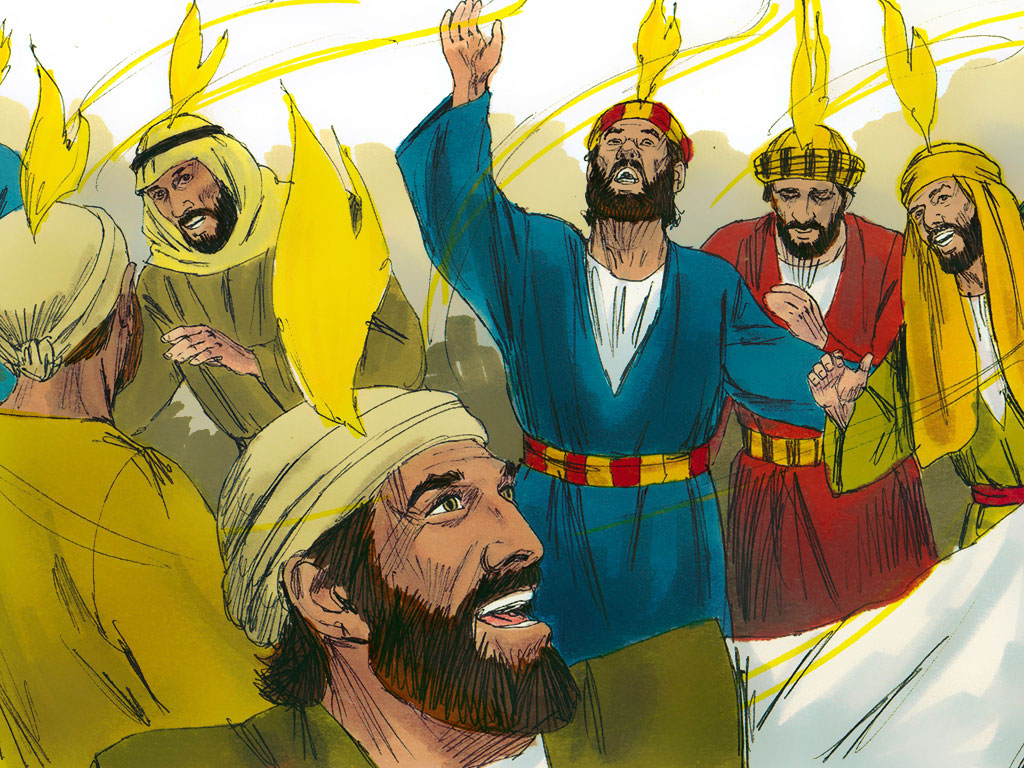 The Holy Spirit comes in power
Before Jesus went back to heaven he promised his friends that God would send a helper to be with them. This very special helper was called the Holy Spirit. Christians believe that the Holy Spirit helps them to live how God wants them to and is with them all the time. The book of Acts tells the story about the day the Holy Spirit first came to Jesus' friends. There was a sound like the rushing wind and what looked like fire rested on their heads. At once all the friends were filled with the Holy Spirit. 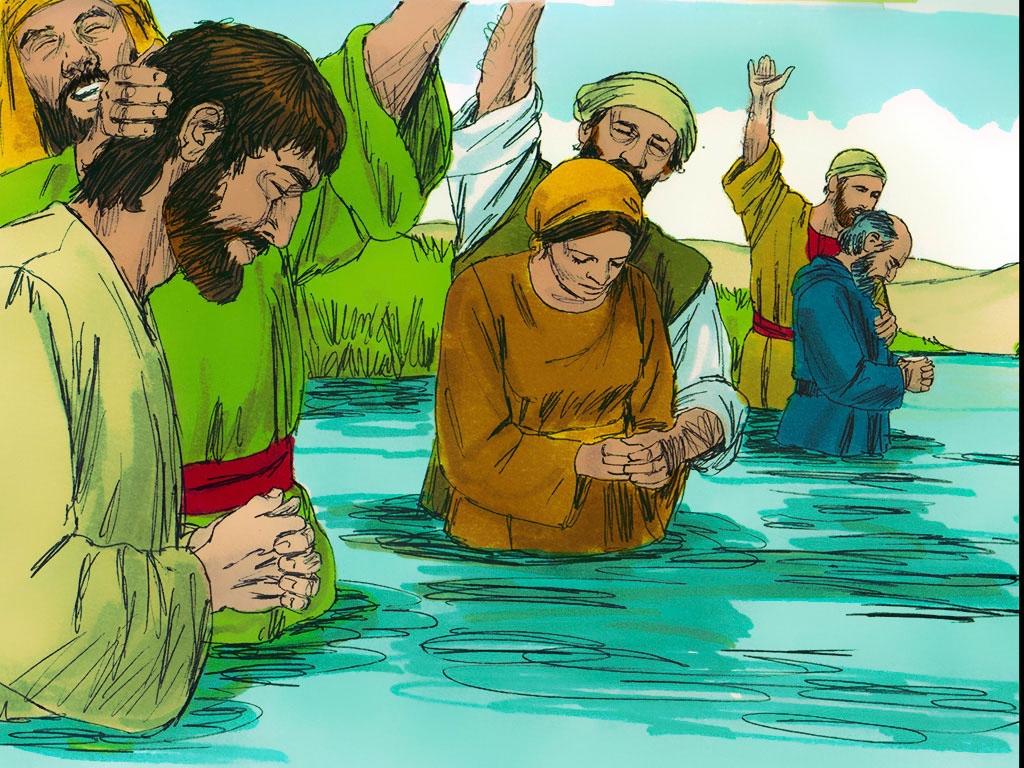 The Church begins
After Jesus' friends had been filled with the Holy Spirit they wanted to tell everyone about God's love. They would travel around telling others the good news about Jesus and they also baptised many people as a sign that they were living how God wanted them to. Groups of people would also meet together to pray and learn more about God and this is how the Christian Church began. The leaders of the Church would write letters to these groups to encourage them and to teach them more about Jesus. You can read these letters in the Bible. 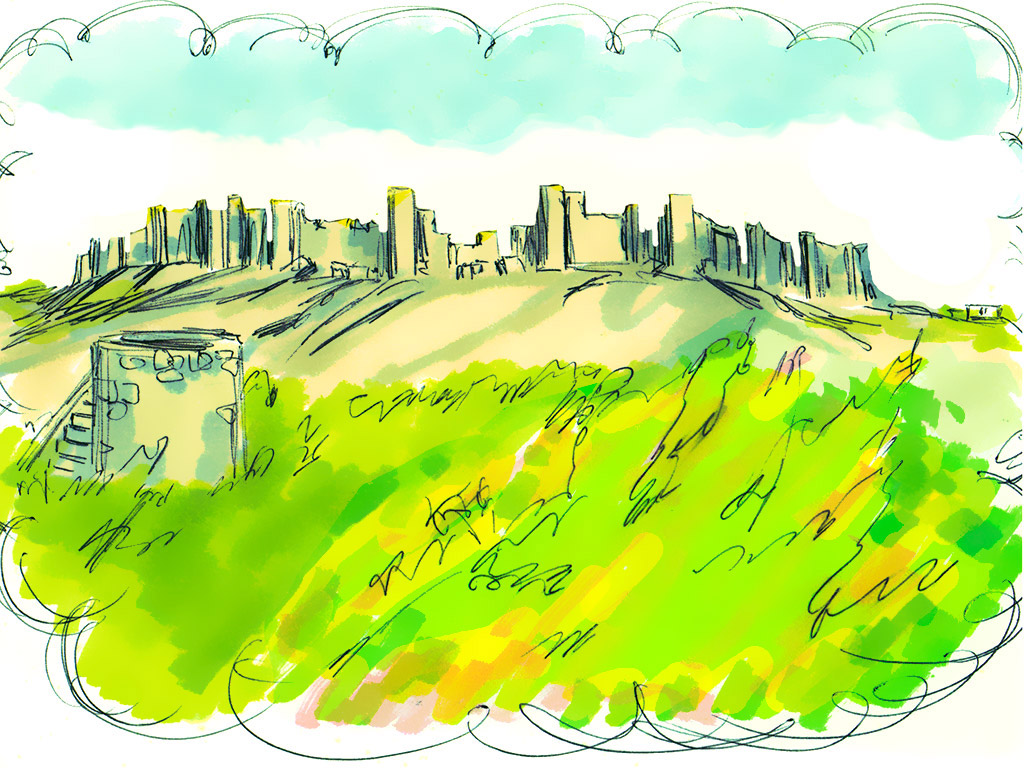 Picture of heaven
The last book of the Bible is a letter written by John, a leader of the Church. The letter is called Revelation and in it John describes a dream that God gave him about heaven and what it is like. John describes heaven as a wonderful place where there is no sadness or pain. Christians believe that heaven is where God's plan has been leading to.