The Bible: Noah and the Flood

Have you ever played with a toy boat packed with pairs of different animals? As part of the toy, there may have been a little man and a little woman, surrounded by animals.

Did you know that these people have names, Noah and his wife? The story of how they built a huge boat - sometimes called the 'ark' - and filled it with animals is found in the Bible.

Read through the timeline to find out more about this famous story. 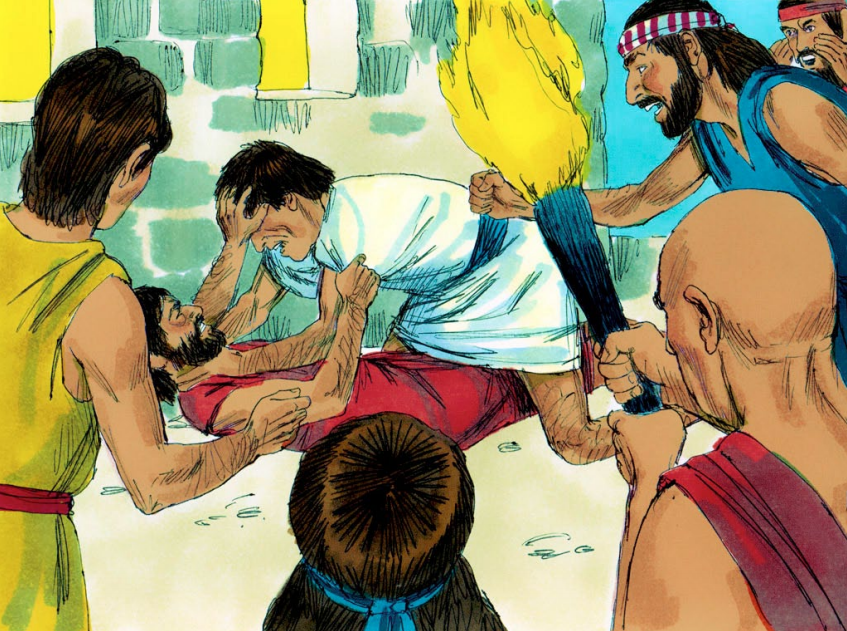 A long time ago...
God looked down at all the people of the earth and was sad. A lot of them were doing bad things that hurt each other. He was sorry that he made them. 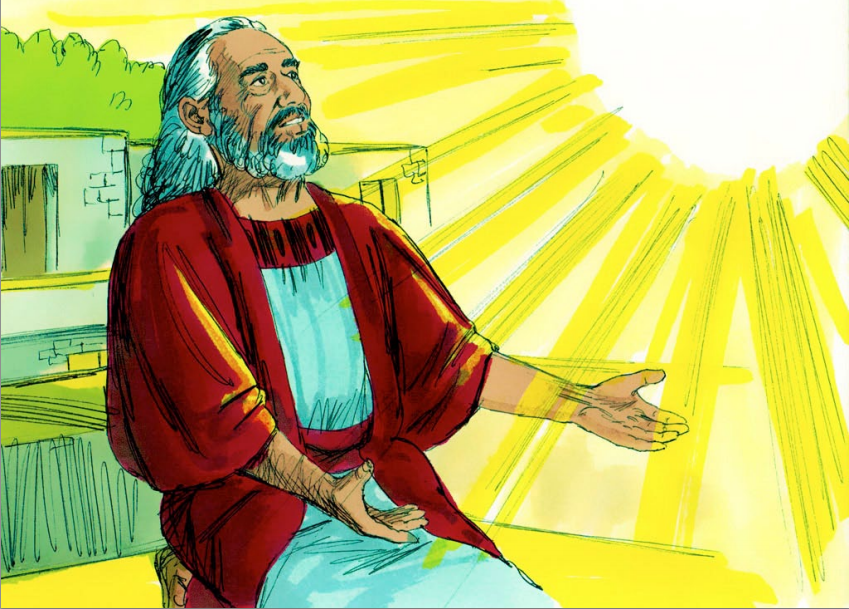 Noah
There was one man that pleased God. He was called Noah. One day God spoke to him and warned him: 'I am going to send a flood to destroy the world.' 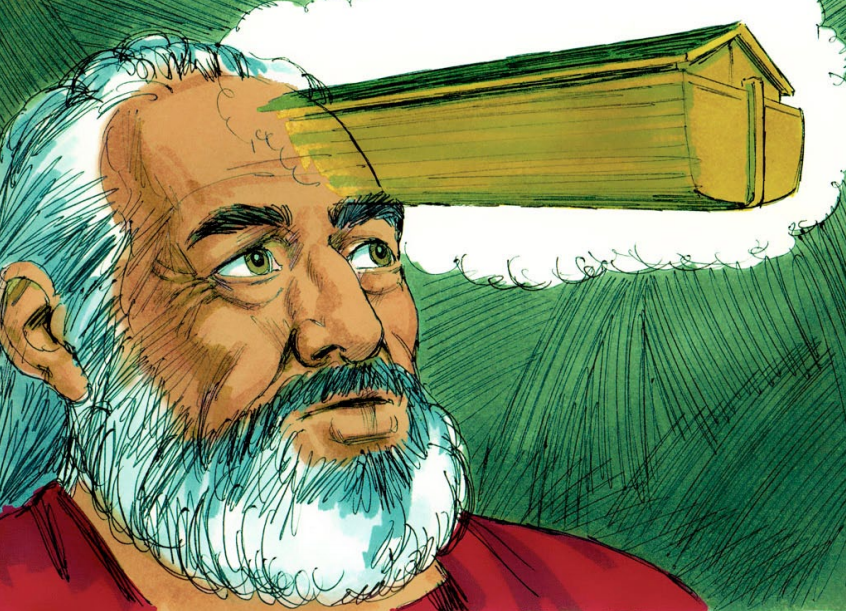 'Build an ark!'
God told Noah to build a big boat, 450 feet long, 75 feet wide and 45 feet high. He told him to fill it with every kind of living creature - animals, birds and reptiles. Noah and his family would be safe too. 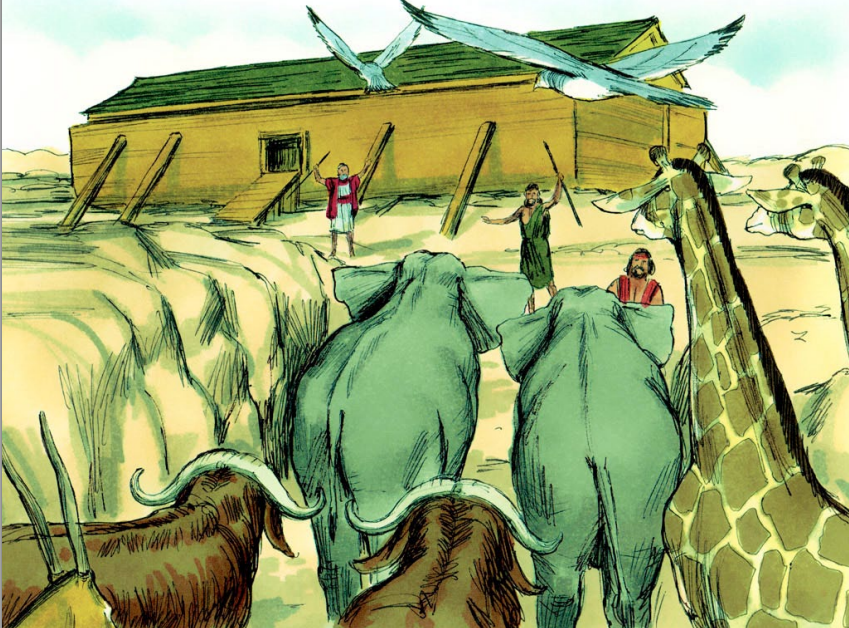 The animals enter the ark
When the boat was built, Noah got together every kind of animal - at least two of every kind. He brought in seven pairs of every bird. A week later, the rain began. 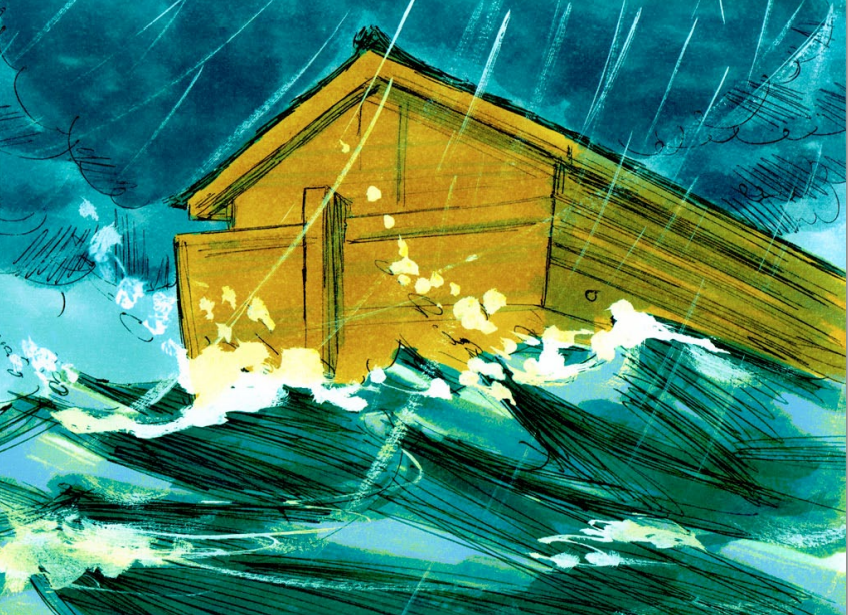 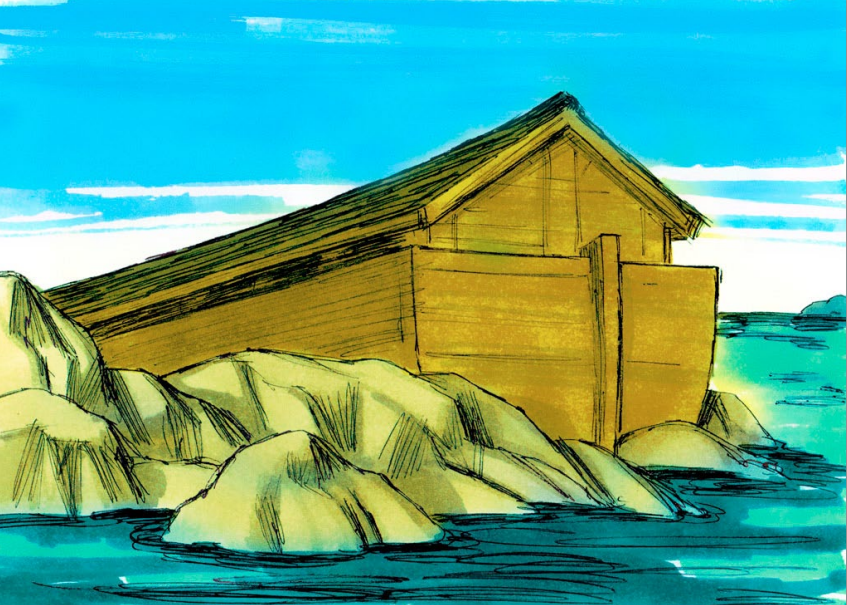 The rain stops
After 150 days, the water started to go down. The boat came to rest in the mountains. 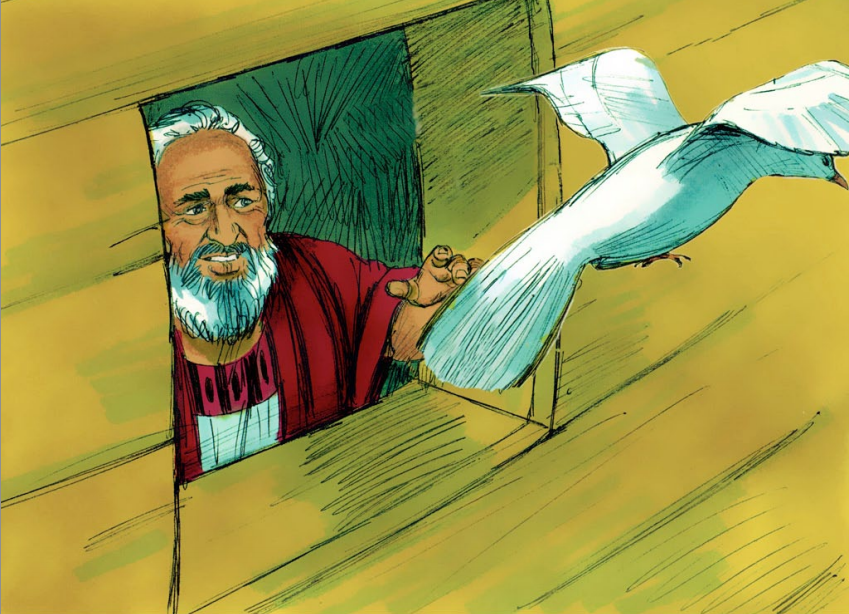 Looking for land
After a while, Noah sent out birds to discover if there was dry land. First he sent a raven and then a dove. The dove came back to the boat because there was nowhere to rest. 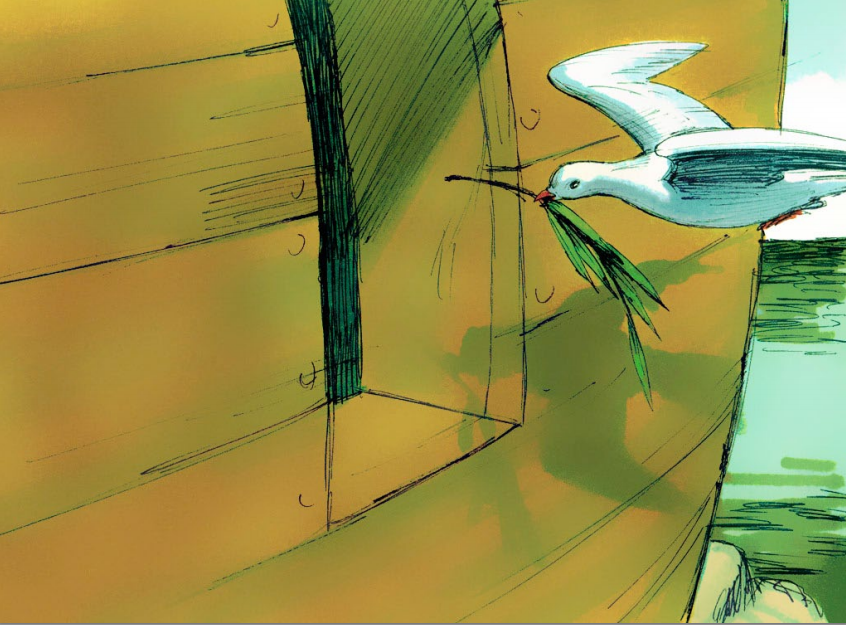 Signs of hope
Noah sent out another dove. This time it came back with an olive branch in its mouth - a sign that there were trees somewhere on the earth. The next time he sent the dove out, it did not return. 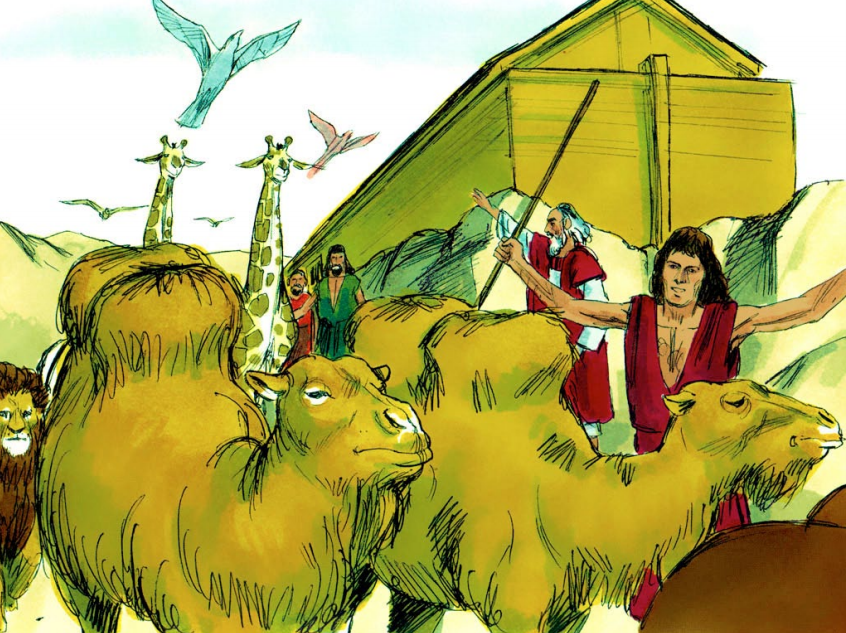 A new beginning
God told Noah that it was safe to leave the ark. He led his family, the animals, birds and reptiles onto dry land. 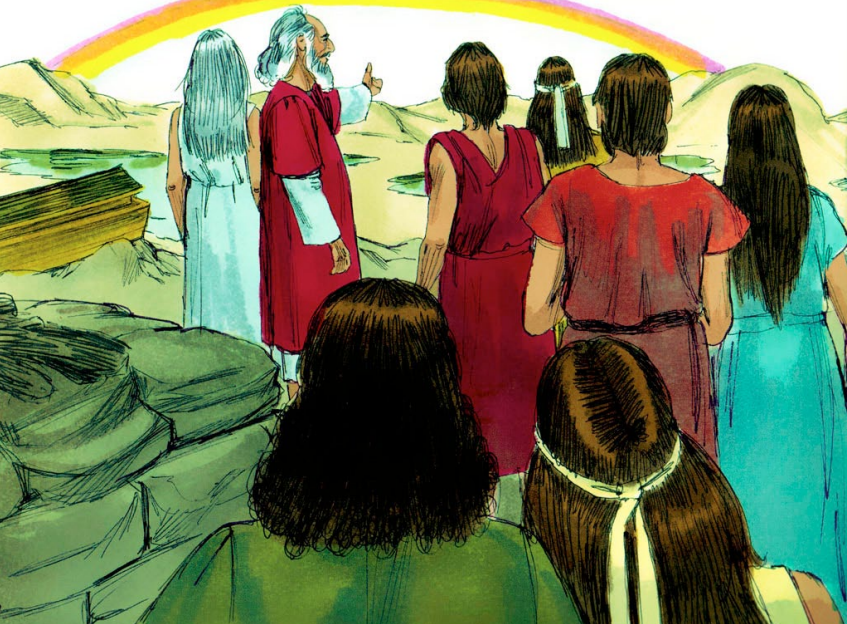 A new promise
Noah and his family found a place to worship God. A rainbow appeared. God spoke: 'I won't ever punish people for their evil behaviour like this again. This rainbow will be a sign to you forever that I will keep My promise.' 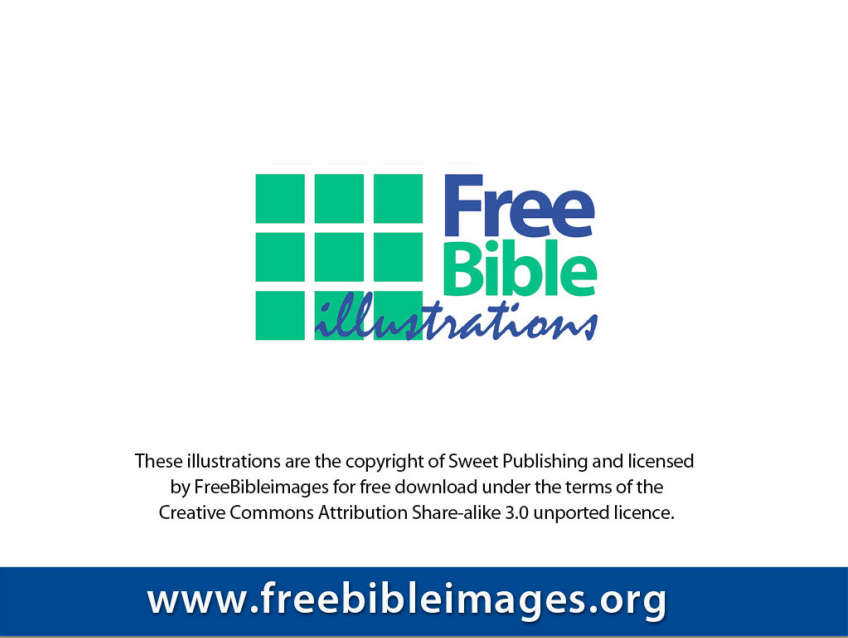