Learn all about Harvest through the story of Squeak the mouse

Squeak is a harvest mouse - find out what happens one morning when he wakes up to find a Harvest service going on in his barn.

Squeak is used with kind permission from Treasured Tales.

To find out more visit https://treasured-tales.co.uk/ 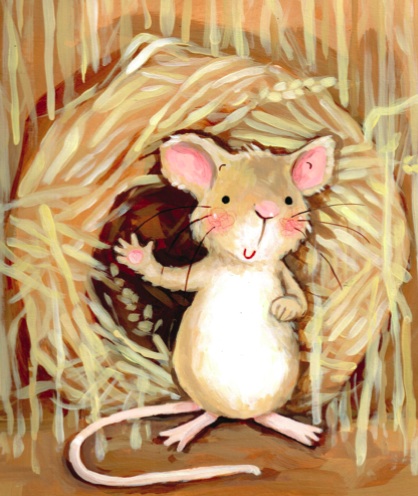 Squeak
Squeak is a harvest mouse. He usually lives in the hedgerows around the fields where the farmer grows the wheat but the weather was becoming cold and Squeak decided it was time to find a new, cosy place to build his nest. 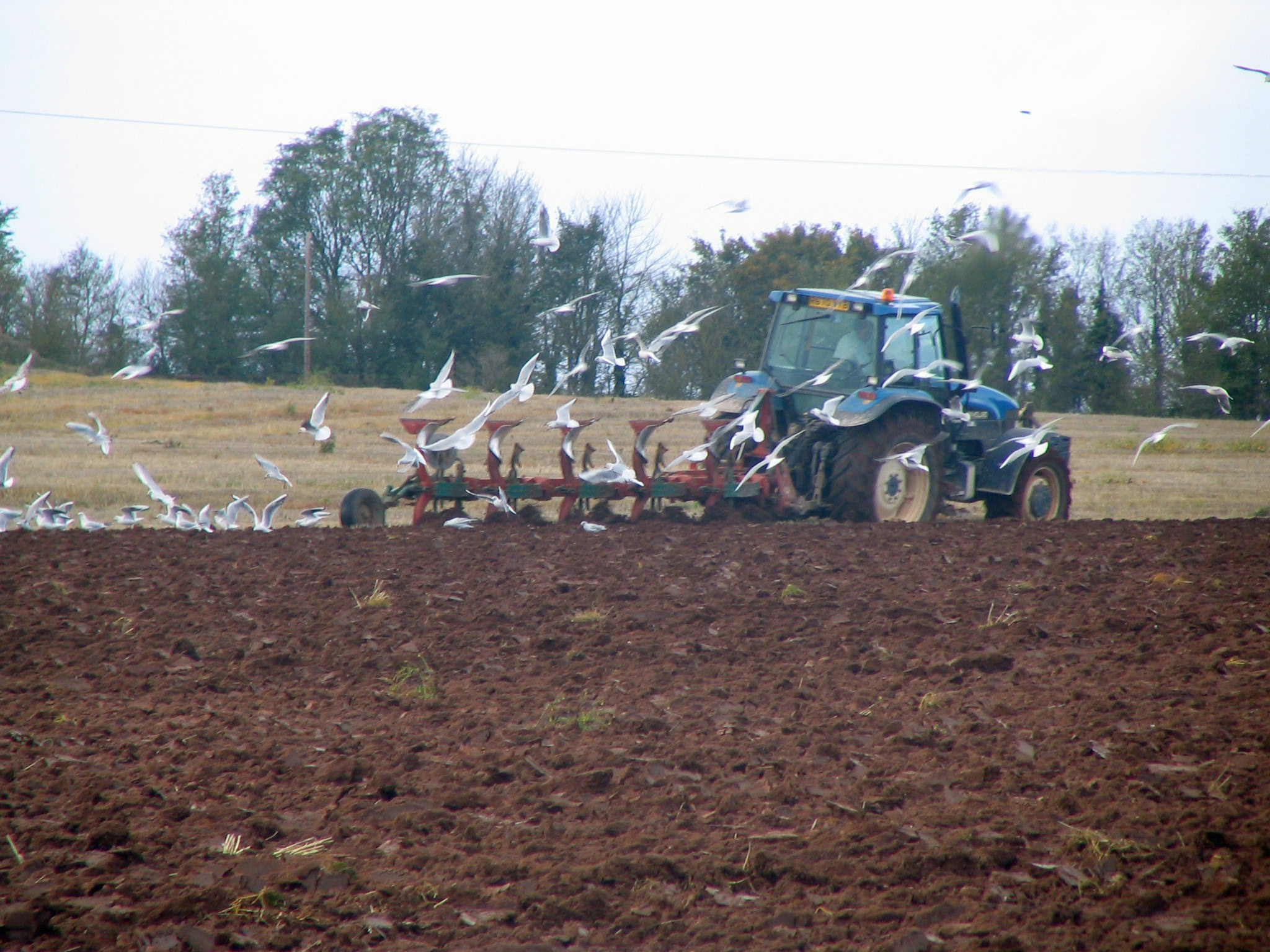 Squeak's adventure
The next day Squeak set out on an adventure to find a new home. Scurrying along at top speed Squeak dashed here and there - across fields where the farmer was working and through hedges. All the time using his amazing hearing to listen out for any danger. At last Squeak arrived at the farmyard. 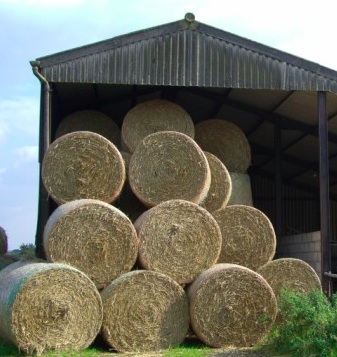 Squeak's new home
As Squeak looked up he couldn't believe his eyes. There in front of him was a barn full of warm, cosy hay. Squeak knew straight away that was the place for his new home. He wasted no time. Squeak dashed into the barn and scrambled to the top of the hay. There he began to make a new nest. 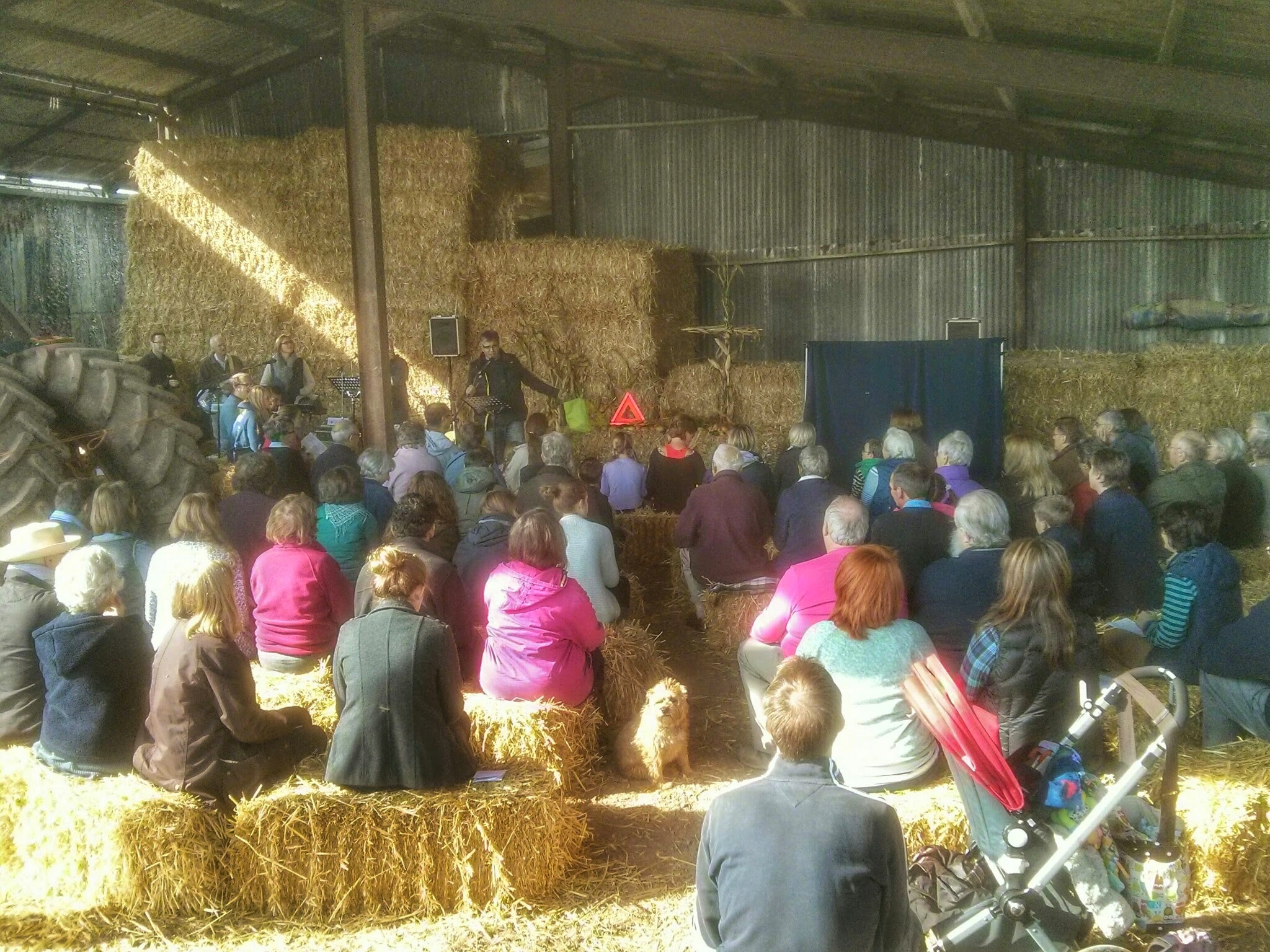 Squeak's surprise
That night Squeak slept soundly - snuggled up in his warm, new nest surrounded by the sweet smelling hay. But in the morning Squeak was woken up by a strange sound. There were people laughing and children talking. Squeak looked down from the safety of his nest to find the barn full of people. What could be happening? 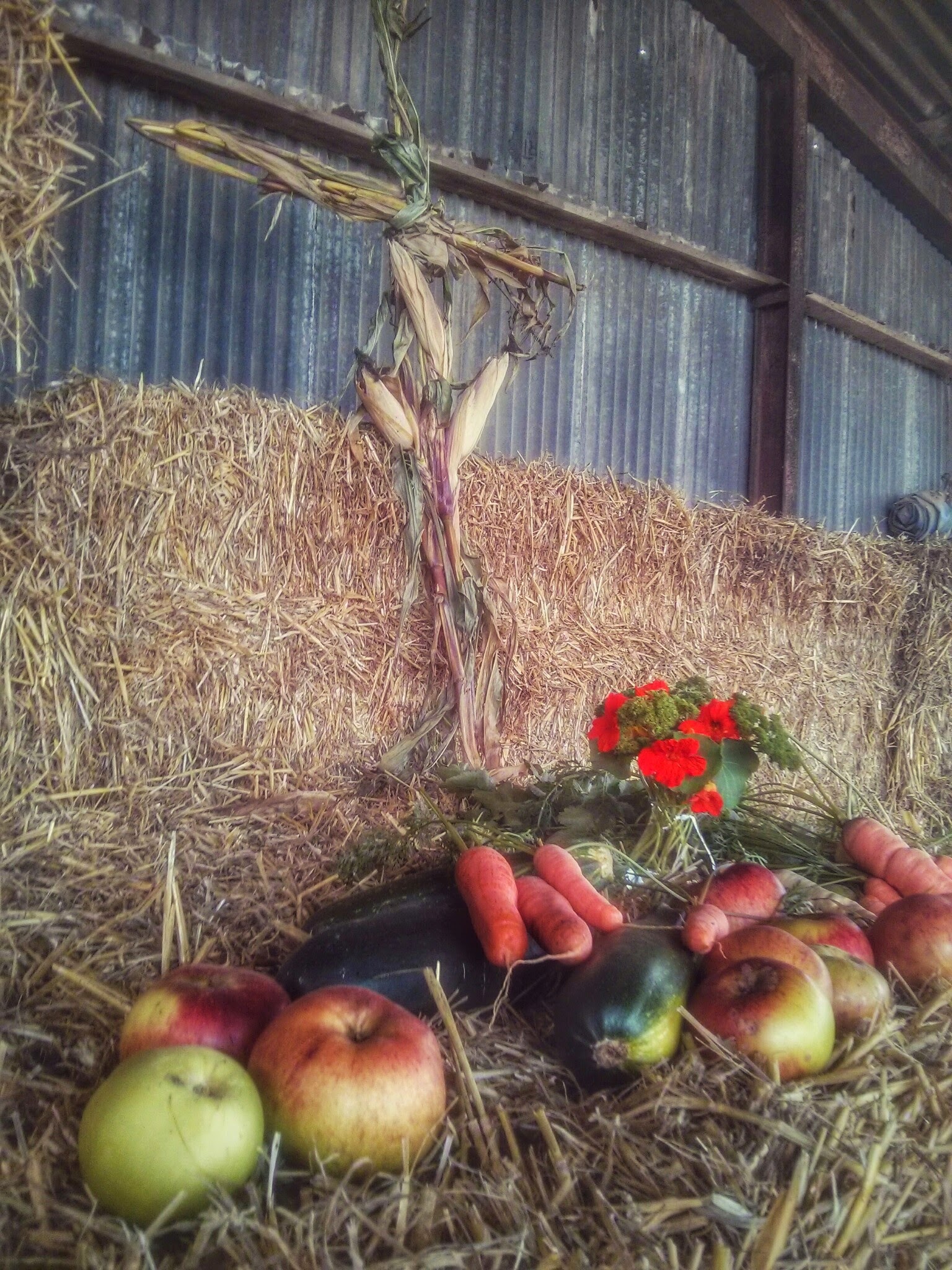 Squeak's treasure
As Squeak took a careful look around he discovered something very interesting. Resting against a bale of hay was a cross made from some ears of corn all twisted together. And at the foot of the cross there was lots of yummy looking food. Squeak didn't think anyone would mind if he took one of the juicy blackberries that were there. So as quick as a flash Squeak smuggled his new treasure back up to his nest. 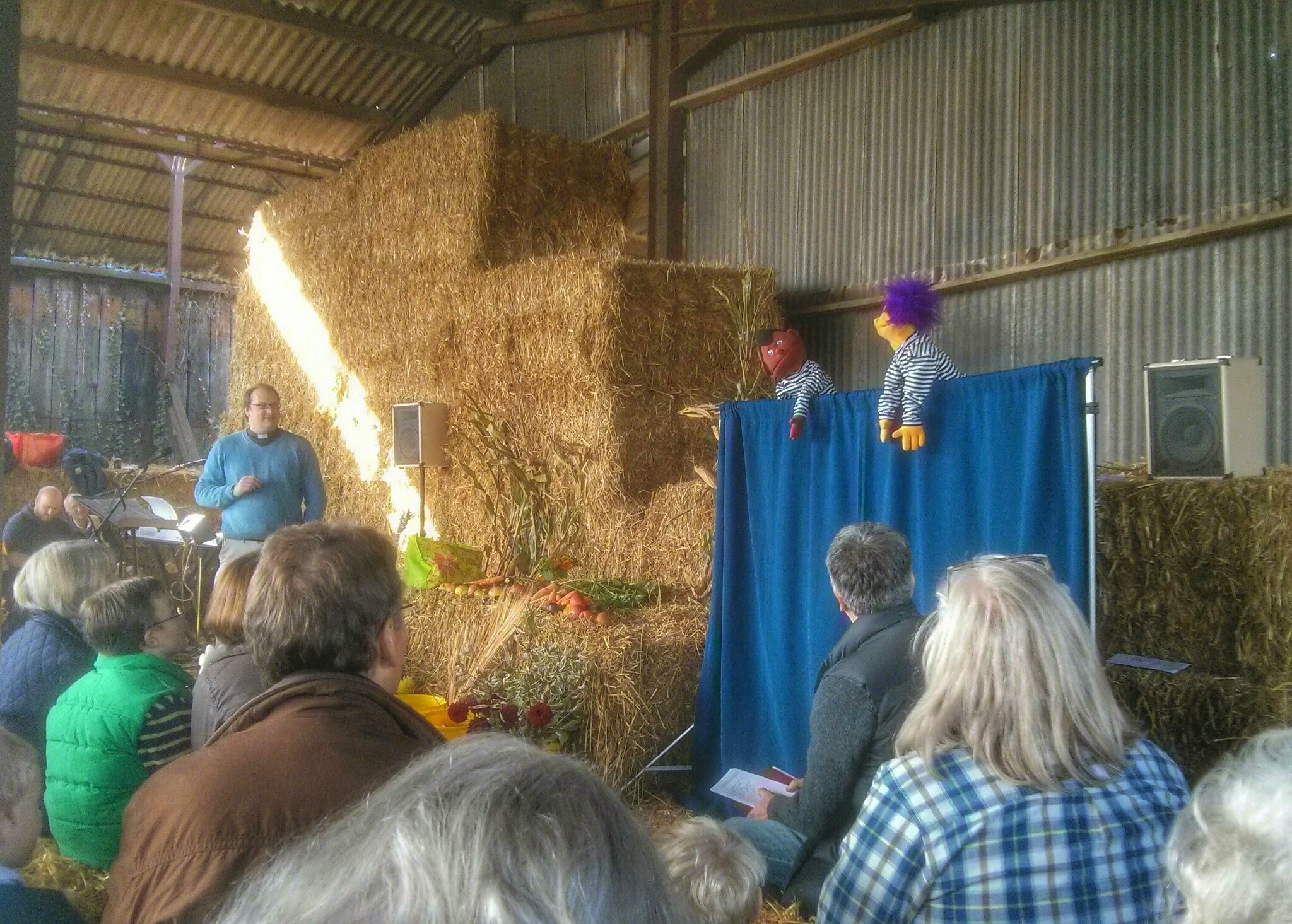 Squeak's Harvest
From the safety of his nest Squeak watched everything that was happening. It soon became clear that the people were Christians and this was a Harvest festival. The people sang special songs and said thank you prayers to God for food and other good gifts. The thing that Squeak liked best was when two puppets came and talked about why Harvest is such a special time.

What did Squeak learn?
Squeak learnt a lot that morning. He learnt that Harvest is a time to say thank you to God but it is also a time to remember and to help people who don't have so much food. Squeak also learnt that you can worship God any where - even in a barn. 'I have a very special home,' thought Squeak as he snuggled down for an afternoon nap - after all it had been a very busy morning.

Squeak
Why not write your own Squeak adventure? Squeak is used with kind permission from Treasured Tales. To find out more visit https://treasured-tales.co.uk/