What can Christians learn about God from Jonah's story?

Jonah was asked by God to do a special job. It meant leaving the place he lived in and going to somewhere where people were not doing the right thing. Jonah didn’t want to, so he ran away. This is the story of what happened.

I wonder... I wonder when we might say no or run away? I wonder what we do when we realise we have made the wrong decision? I wonder if we have a special job to do? Have a go... * Discuss feelings at different points of the story: when God asked him to do a job, in the big fish, during the storm, when God saved him. Draw a picture from the story and write a speech bubble to say how Jonah might have felt at this point of story. * Jonah had to say sorry to God. What have you ever had to say sorry for? How did it make you feel? 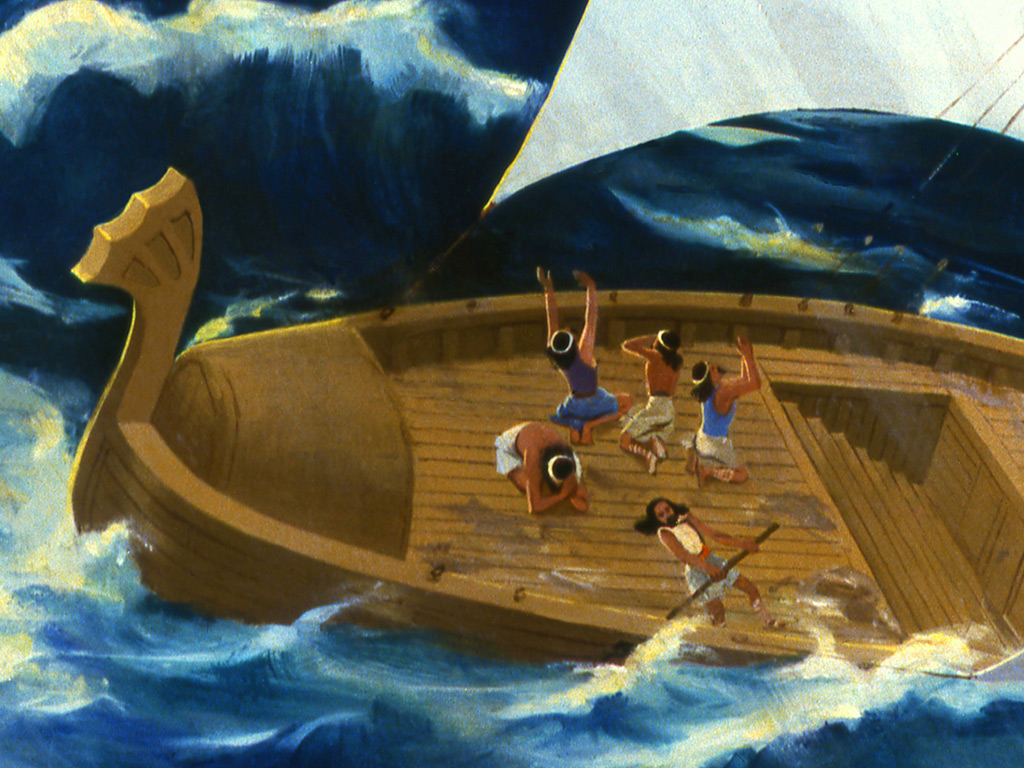 The Storm
One day God asked a man named Jonah to go to a place called Nineveh and tell the people living there to stop being bad. Jonah didn’t want to go so instead of listening to God, Jonah ran away! He ran to the sea where he found a ship that was going to another city. Shortly after the boat left the shore, a very bad storm came up. All the men on the boat were very afraid. 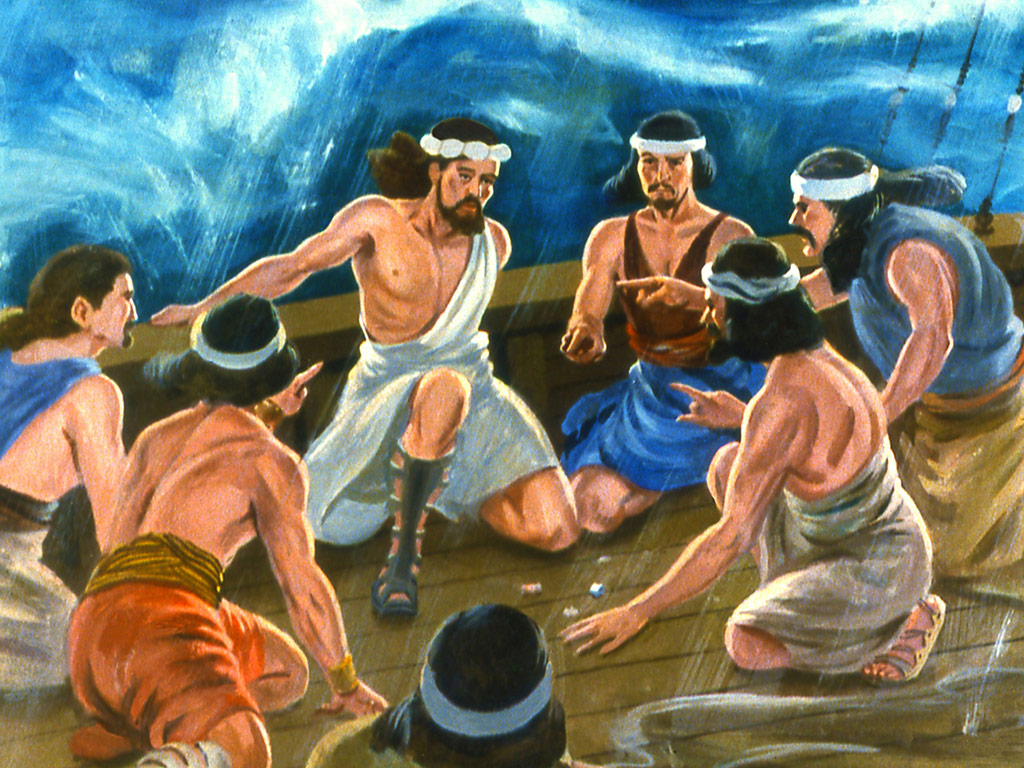 Jonah is blamed
The captain found Jonah asleep in the boat. He said to Jonah, "How can you sleep? Get up and pray to your god, maybe he can help us!" The captain didn't realize that Jonah didn't just believe in any God but the one true God and that He could help them. Meanwhile, the other sailors decided that the storm was Jonah's fault. He must have done something wrong to make his god so angry. So they asked Jonah, "What have you done? What god do you believe in? What can we do to make this storm stop?" 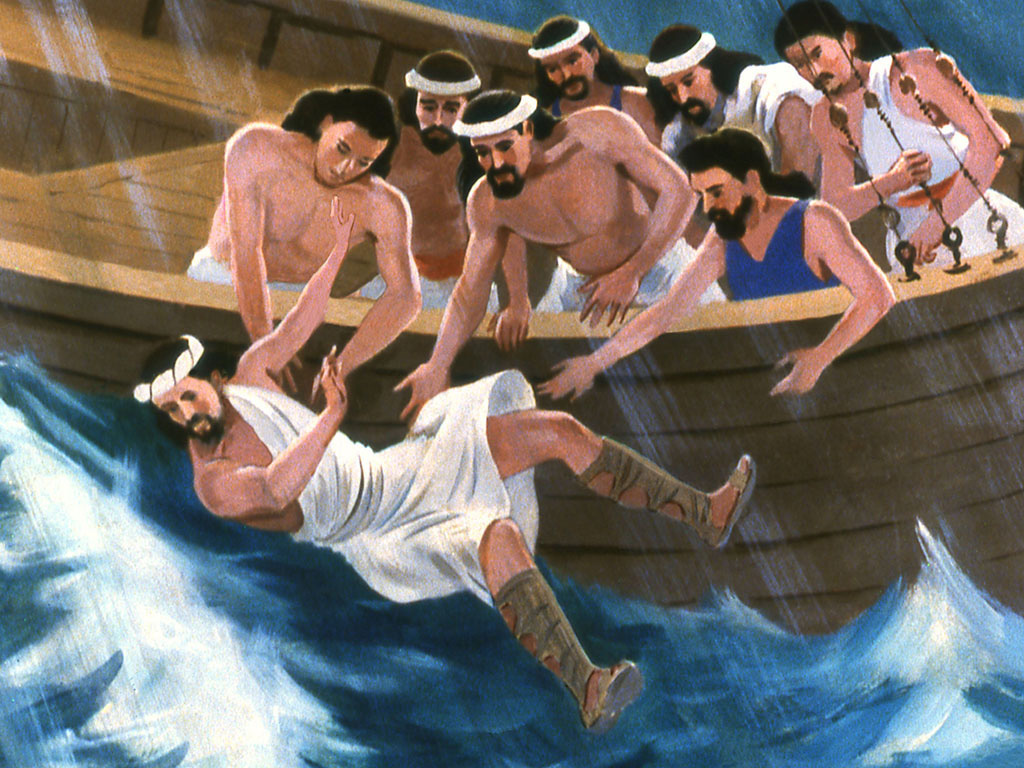 Jonah is thrown overboard
Jonah told them, "I believe in the Lord, the God of heaven, who made the sea and the land and I am running away from something God asked me to do. It is my fault this is happening. If you throw me into the sea the storm will stop." Eventually they picked up Jonah and threw him into the sea. The storm immediately calmed and the sea became still. The men on the boat realized that Jonah believed in the one true God and prayed to Him. 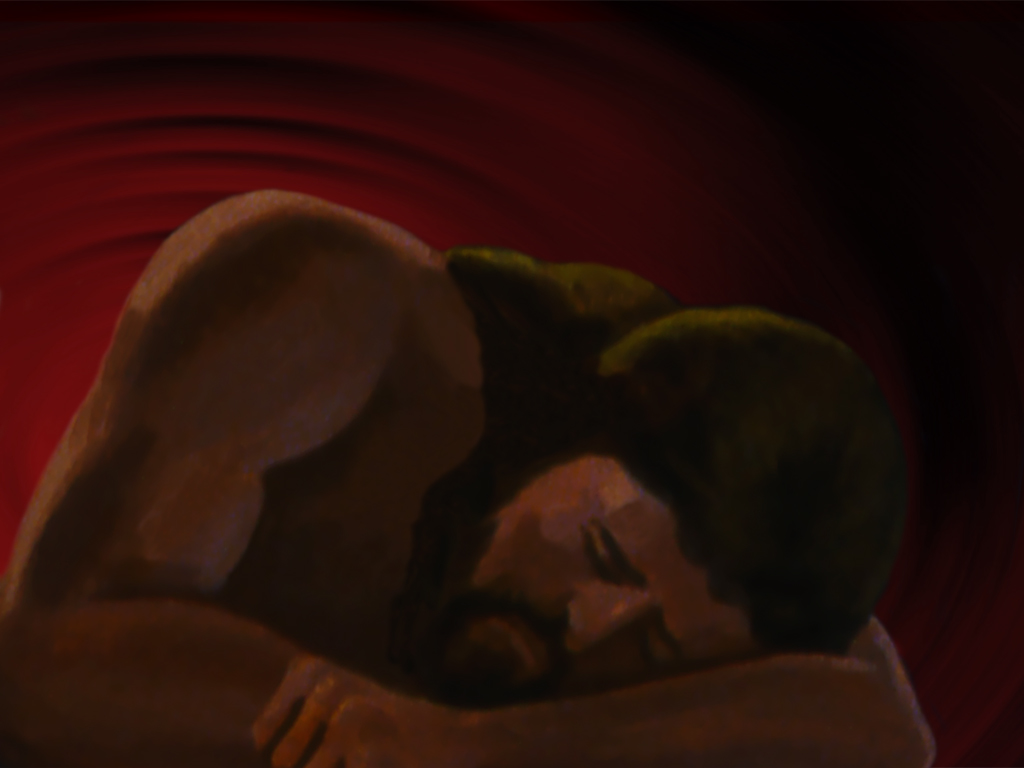 Jonah and the big fish
While Jonah was trapped inside the fish he did a lot of praying to God. He asked God to forgive him for running away. He also thanked God because he realised God sent the whale to stop him from drowning! After the third day God told the fish to spit Jonah out onto dry land. And the fish did just that. 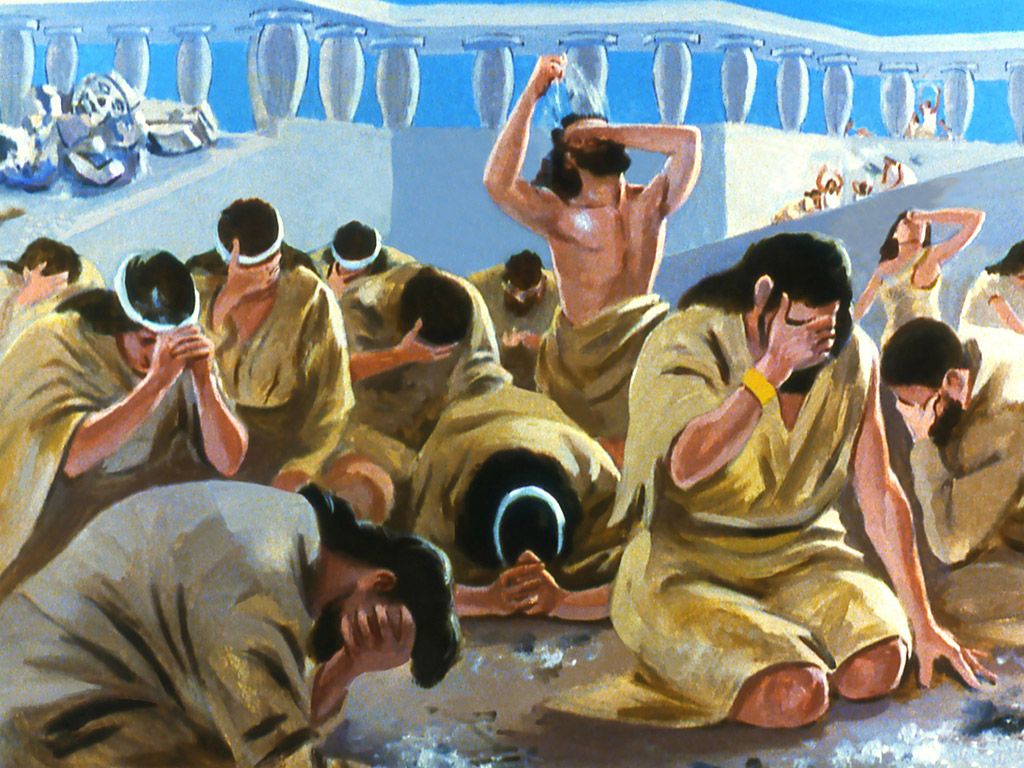 Jonah goes to Ninevah
Then the Lord told Jonah a second time to go to Nineveh and tell the people there to stop being bad. This time Jonah obeyed God and left for Nineveh right away. This story is to teach us that God loves everyone (after all He made us). He doesn't like to destroy people who are doing things bad, God would rather see us turn from our bad ways and do good again. The people who heard what Jonah said were sorry for all they had done wrong and said they were sorry. They also began to say sorry to God.