Parables: The Wise and Foolish Builders

Jesus often told special stories called parables. The parables helped people to understand what Jesus was teaching. One of his most famous parables is about two men who wanted to build a house.

Read the parable below, and then think about:

What do you think Jesus was trying to teach people through this parable?

What are the good things that Christians should have as the foundations for their lives?

Are you good at listening to and following wise advice?

The Wise and Foolish Builders

There were two builders who wanted to build themselves a house each.

The first builder was lazy and quite foolish. He decided to build his house on sand. The house was built very quickly but it didn't have any foundations

The second man was very wise and he decided to build his house on the rock.

It was hard work but the house was strong and had deep foundations.

Jesus said that if a person listens to and follows his teaching then they are like the house that was built on the rock. These people will have strong foundations for their lives.

Click on the images for a picture version of the parable. 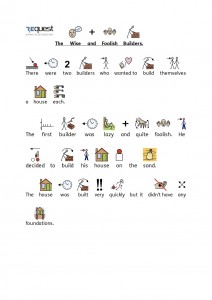 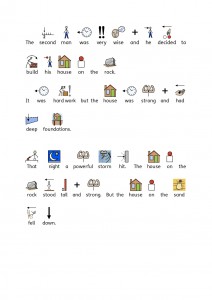 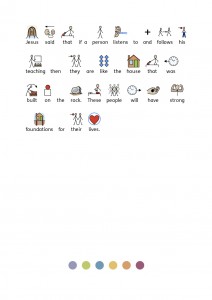