Holy war: A war fought to defend a religion or to force others to follow a different religion.

Nature of a Holy War 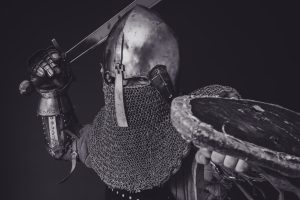 A holy war is a war that is fought 'on behalf of God.' The most famous example of a holy war is The Crusades, which occurred in the 11th to 13th centuries. The Crusades started because much of the Holy Land (Israel) was taken over by its enemies.

In response to this, Christians travelled to Palestine in order to free the holy places there. These battles were ordered by Catholic Popes. A key focus of The Crusades was to rescue Jerusalem which had fallen into enemy hands. They were called holy wars as the Christians believed that God supported them.

Holy war is not accepted by Christians today; they have the view that no war should be fought in God's name. 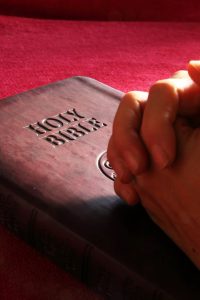 Christians follow the teachings of the Bible, particularly the example of Jesus. Jesus' message was one of peace and kindness to all mankind. All Christians believe that war should be avoided wherever possible, with peaceful solutions a better option.

During the Sermon on the Mount, Jesus said: 'Blessed are the peacemakers, for they will be called children of God.' Matthew 6:9. Additionally, he is viewed as a peacemaker, and given the title, 'Prince of Peace' by believers, with this title appearing in songs and Christmas carols, such Hark the Herald Angels Sing.

Furthermore, some Christians, such as Quakers, are pacificists, so they would not accept war under any circumstances.

However, there are some passages in the Old Testament that indicate war is acceptable, and these were no doubt used to justify The Crusades. One example of this is in the book of Numbers;

Ultimately, today Christians would not use the Old Testament teachings to lend support to a holy war. Jesus came and brought a new message, one of hope, justice, and peace. It is this message that Christians turn to when considering the concept of a holy war.