Corrie ten Boom (15 April 1892 - 15 April 1983) was a Dutch Christian who, along with her family, helped many Dutch Jews during World War II by sheltering them from the Nazis, hiding them in her home. As a Christian, she had a great faith, which inspired her to help anyone in need, even if it meant putting her own life in danger. 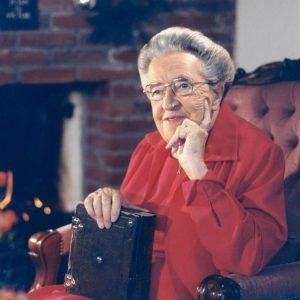 When the Germans invaded the Netherlands in May 1940, she and her family were distressed at the treatment of the Jews and knew they had to do something. She had a special room built in her house, behind her bedroom wall, where the Jews could hide if they were in danger of being caught. This became known as 'the hiding place.' Along with this, Corrie eventually joined the Dutch underground resistance network, helping to smuggle Jews to safe places. It is estimated that around 800 Jews were saved by Corrie ten Boom.

On 28th February 1944, Corrie and her family were arrested; a Dutch informant had told the Nazis about their activities. They were all transported to several camps, before Corrie and her sister Betsie finally arrived at Ravensbruck concentration camp, Germany, several months later. 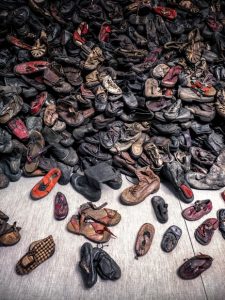 Whilst at Ravensbruck the sisters maintained their faith in God throughout their suffering. They were treated harshly, and their living conditions were horrific, with very little food. However, they held regular services, where they prayed and read from a Bible they had somehow managed to smuggle into the camp. At these meetings a number of prisoners became Christians.

Her sister Betsie sadly died in December 1944, because of starvation and not receiving medical care. Due to a clerical error, Corrie was released twelve days later. She later discovered that her release was a complete mistake, as her name was accidentally included on a list of people who were being released. Just one week later, all the women in her age group were sent to the gas chamber. Corrie believed that this was a miracle, that God had spared her so she could tell everybody about what they'd been through and how their faith had got them through the darkest moments.

Corrie returned to the Netherlands after the war and set up a rehabilitation center for concentration camp survivors. True to her Christian faith, she also sheltered Dutch people who had worked with the Nazis during the war and were now unemployed and despised by many.

Her sister's last words before she died were: "We must tell them what we have learned here. We must tell them that there is no pit so deep that He is not deeper still. They will listen to us, Corrie, because we have been here.”

Corrie determined that she would do exactly this: tell the world about what happened and the miraculous power of God in the midst of suffering. In 1946, she began preaching across the world, and continued to do so for 30 years. She became famous in 1971, after she wrote a book about her experiences during World War II, entitled The Hiding Place. She has received a number of awards, including being recognised by Israel's Yad Vashem Remembrance Authority as one of the 'Righteous Among the Nations.'

Forgiveness Put to the Test

As a Christian, Corrie had very strong beliefs about the importance of forgiveness, which led to an interesting encounter during a church service in Germany where she was preaching in 1947. She told people her story, of God’s forgiveness of sins, and of the need for people to forgive those who had harmed them. 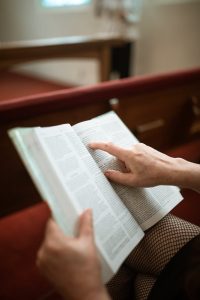 At the end of this particular service, a middle-aged man moved towards her. She was horrified, as this man was one of the nastiest guards at Ravensbruck. He had been particularly harsh towards her sister. She completely froze and didn't know what to do as he held his hand out to shake hers.

He explained that he'd become a Christian after leaving Ravensbruck and had repented of the cruel things he'd done there. He said he knew that God had forgiven him, but wanted her to forgive him too. His hand was still stretched out for a handshake, all the while Corrie was thinking about the suffering her sister had endured in the camp. She knew that the Bible taught her to forgive, but actually doing it was another thing.

She silently prayed to Jesus, asking him to help her. Believing that he would, she lifted her hand to shake the ex-guard's. She said:

"And as I did, an incredible thing took place. The current started in my shoulder, raced down my arm, sprang into our joined hands. And then this healing warmth seemed to flood my whole being, bringing tears to my eyes." I forgive you, brother!” I cried. “With all my heart.”*

Corrie said later that she felt such an intense love from God towards this man, that forgiveness was natural. She acknowledged that it was the Holy Spirit who helped that day.

Like Corrie, Christians around the world know that if they are struggling to forgive someone, they can ask Jesus to help them and through the power of the Holy Spirit they can do anything.

You can find out more about Corrie and her family by clicking here.