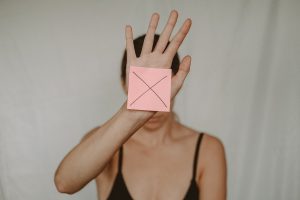 Christians are human, and just like everyone else in the world, face making difficult decisions in their lives. To help them, they use the teachings in the Bible as guidance, listen to what their church teaches, and also follow their conscience.

Depending on their denomination, some Christians have set views on big moral issues. For example, the Roman Catholic church does not permit divorce and is against abortion and euthanasia. Therefore, many Roman Catholics have very strict views around these issues.

However, some Christians believe that moral decisions should be made depending on the situation, NOT on a set of moral absolutes. Situation ethics asks: What is the kindest and most loving thing to do in this situation?

Situation ethics was developed by Joseph Fletcher in 1963. It has its roots in Jesus' teaching around agape love and his call to 'love your neighbour as yourself.' Mark 12:32 Fletcher was looking for a middle road between an absolute moral approach which had a set of rules that must be abided by, and the opposite extreme, where people just do what they want.

When applying situation ethics to moral decisions, biblical and church teachings will be considered, however, ultimately, a decision will be made outside of these if it is felt more kind and loving to do so.

For example, all Christians believe that stealing is wrong. However, if a wicked dictator had five nuclear bombs and was threatening to destroy the world, it would be acceptable to steal them from him.

A terminally ill person, who has a very poor quality of life, may want help with assisted suicide. The Bible is clear that taking life is wrong, as are church teachings. However, some might argue that it is the quality of life that counts not the quantity and that the person has been given free will to make their own choices. They might also argue that, if a person is in agonising pain, then it would be kinder to grant their wish than to make them suffer for another few months.

'The morality of an action depends on the situation.' Joseph Fletcher, 1963.