Charity: An organisation that raises money to help those in need. Or another word for love. 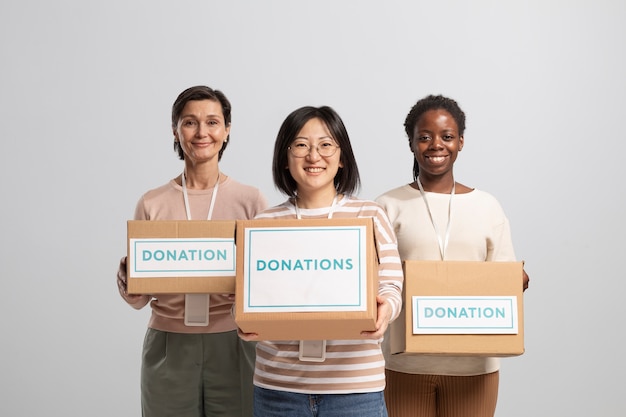 Alongside mission and evangelism, charity is a key Christian practice. As part of the worldwide Church, Christians feel that they have a responsibility to help other Christians living in poorer circumstances. The Bible has many passages that teach them about the importance of providing support. These include:

Many Christians set aside 10 percent of their salary every month to give to their church or charity. This is because the Bible teaches:

'One tenth of all the produce of the land, whether grain or fruit, belongs to the Lord.' Leviticus 27:30

However, other Christians feel that they should give what they can afford. This is because the Bible teaches that it is important to help people, so they feel that giving their time, such as volunteering for a local project, is a way of giving to charity. Also, there is a story in the Bible about a poor widow who gave away her last few coins...

'As Jesus sat near the Temple treasury, he watched the people as they dropped in their money. Many rich men dropped in a lot of money; then a poor widow came along and dropped in two little copper coins, worth about a penny.He called his disciples together and said to them, “I tell you that this poor widow put more in the offering box than all the others. For the others put in what they had to spare of their riches; but she, poor as she is, put in all she had—she gave all she had to live on.” Mark 12:41-44

This story teaches Christians that the amount they give isn't important, but the heart behind the giving.