Thomas Aquinas was a 13th century Italian Christian philosopher. He is famous for developing the cosmological argument, which is also known as the first cause argument.

The cosmological argument asks: ‘Why is there something rather than nothing?' 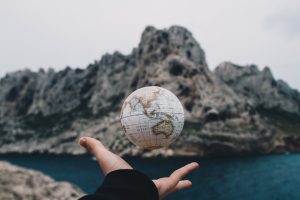 It argues that the very fact that things exist provides evidence that God exists.

Aquinas developed five key arguments around creation offering evidence that God exists. These are known as The Five Ways. The first three arguments are presented below.

1. The First Way: The Argument From Motion

2. The Second Way: The Argument From Causation

3. The Third Way: The Argument From Contingency and Necessity