Divergent Christian Attitudes Towards the Treatment of Criminals

When considering the treatment of criminals there are four key areas that provoke debate amongst Christians:

The Use of Torture 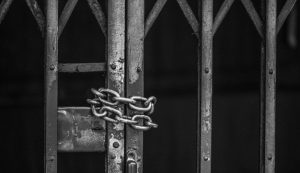 Torturing criminals is not accepted by Christians. This is because they believe that all humans are created by God and should be treated fairly. Also, Jesus told people to 'treat others as you wish to be treated.' Mark 7:12: this is known as the Golden Rule. Therefore, if you wouldn't want to be tortured, then you shouldn't support the use of torture.

However, some Christians may accept the use of torture if it is for the greater good, helping many others in the process. Situation ethics would offer support to this view, considering specific situations based on circumstances. For example, if there was someone who had planted a bomb somewhere which was likely to kill hundreds of people, some Christians might consider the use of torture justified to locate the bomb, thereby saving lives.

Further to this, some Christians may consider torture as acceptable as in the Parable of the Unforgiving Servant, Jesus tells of a servant who is punished by his master:

'His master was so angry that he handed him over to the torturers until he would repay everything that he owed.' Matthew 18:34 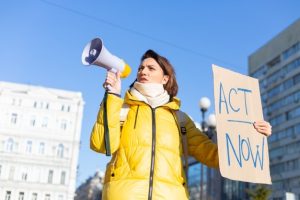 All Christians believe that human rights are important; that each person has a right to certain things, such as food, shelter, health care, education, and freedom. This is because of the teachings around God creating all humans as equals in the Bible, including:

'There are neither Jews nor Greeks, slaves nor free people, males nor females. You are all the same in Christ Jesus.' Galatians 3:28

However, Christians also believe that criminals should be punished, which may take away some of their human rights, such as freedom. They support this, providing the criminal is treated with dignity and is not denied food, safety, and shelter. This is because justice is very important to Christians.

Christians believe it is vital to uphold justice, regardless of the crime committed. Part of this involves ensuring that the

criminal receives a fair trial, one in which there is evidence presented by the prosecution (against the criminal) and defence (for the criminal). There are a number of verses in the Bible that support this belief:

'When justice is done, a righteous person is delighted, but troublemakers are terrified.' Proverbs 21:15 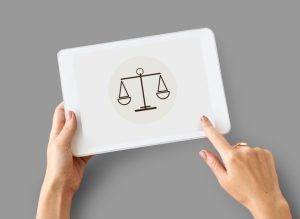 Christians believe that a trial by jury ensures justice for criminals. A trial by jury is where evidence is presented to a group of people - the jury - who then decide whether the criminal is innocent or guilty. This is because a jury - which is made up of members of the public completely unconnected to the criminal - will be unbiased and can view all evidence in a way that is fair and just, before reaching a decision.

Jesus was arrested and put on trial before the Sanhedrin, the highest Jewish Council.

'Those who had arrested Jesus took him to Caiaphas, the chief priest, where the experts in Moses’ Teachings and the leaders had gathered together. Peter followed at a distance until he came to the chief priest’s courtyard. He went inside and sat with the guards to see how this would turn out.

The chief priests and the whole council were searching for false testimony to use against Jesus in order to execute him. But they did not find any, although many came forward with false testimony. At last two men came forward. They stated, “This man said, ‘I can tear down God’s temple and rebuild it in three days.’?”

The people who were in charge of making the decision about Jesus' fate were completely biased against him; they had ordered his arrest, despite him having committed no crime. They claimed he committed blasphemy, which means to do or say something disrespectful about God. The punishment for this at the time was execution. The Jewish leaders were also fed up with him breaking the Sabbath laws - for example, healing people on the Sabbath - challenging their authority, and mixing with people they believed were 'unclean,' such as prostitutes and tax collectors.

This is just one of the reasons Christians believe that a fair trial by an impartial jury is important.