How has the United Nations played a role in the development of human rights? 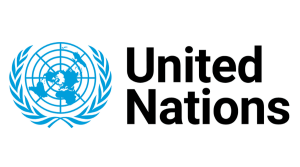 Human rights are the basic rights and freedoms to which all humans are entitled. In 1945, after World War II had ended, the United Nations (UN) was founded. It is an international organisation that was set up to ensure that such a terrible war didn't happen again. There are currently 193 countries that are committed to maintaining international peace and security across the world.

However, the UN is also concerned with improving social progress, seeking better living conditions and human rights for all people of all nations. Partly in response to the terrible events and human suffering during World War II, the UN  set out a series of 'articles' which detail the right of every human being. The UN believes that the adoption of these rights is a 'foundation for freedom, justice, and peace,' therefore helping them achieve their goal of avoiding more world wars.

According to the United Nations Universal Declaration of Human Rights Act, some of the main human rights are:

More recently, they have been involved in seeking to address climate change, highlighting the dangers for specific communities across the world.

You can read the full Universal Declaration of Human Rights Act by downloading one of the following versions:

You can find out more about the United Nations by clicking here.

To find out about the Christian view of human rights click here.