The Christian View of Human Rights 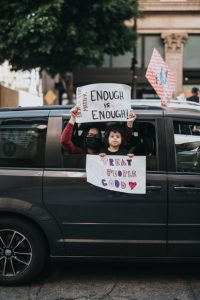 Human rights are the basic rights and freedoms to which all humans are entitled. In 1948, the United Nations set out The Universal Declaration of Human Rights Act, which created a series of rights that it decided all humans should be entitled to. You can read more about this by clicking here.

In the UK human rights are protected by law. The 1998 Human Rights Act states that all people have a right to:

Breaking this law can have serious consequences for people.

Christians believe human rights are important for a number of reasons:

1. There are many Bible teachings that support human rights. The Bible makes it clear that God loves justice and longs for Christians to treat people fairly, helping others in need. One example of this is in Proverbs 14:31:

'If you oppress poor people, you insult the God who made them; but kindness shown to the poor is an act of worship.'

'Do not cheat poor and needy hired servants, whether they are Israelites or foreigners living in one of your towns. Each day before sunset pay them for that day's work; they need the money and have counted on getting it. If you do not pay them, they will cry out against you to the Lord, and you will be guilty of sin.'

2. Jesus taught about the Kingdom of God many times, urging people to be kind to others. For example, in the book of Matthew we read about The Golden Rule: Do to others what you would have them do to you.' Matthew 7:12. 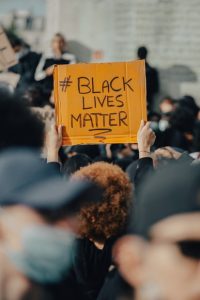 Also, in the Parable of the Sheep and the Goats Christians are taught to help, protect and defend others: 'Whenever you did this for one of the least important of these followers of mine, you did it for me!’

3. All humans are created in God's image, therefore all are seen as sacred and should be treated well.

4. God loves each person equally, therefore all humans should be treated equally. 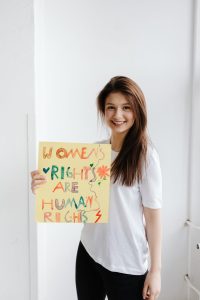 Whereas all Christians support human rights, there are areas that cause some to disagree, as there are several human rights that go against their interpretation of the Bible.

For example, Roman Catholics don't accept female priests, therefore would disagree that everyone has the right to freedom of career choice. Some might see this as discriminatory, while Catholics believe it is biblical to only have male priests. This is not to say that Catholics are against women's rights, they just feel that women shouldn't have a right to become a priest.

Some Christians have challenged laws when they have felt they are wrong and lead to human rights being abused. For example, Martin Luther King Jr led a series of peaceful protests against American segregation laws in the 1950s and '60s. He felt it was unfair for black Americans to be discriminated against in nearly every aspect of their lives.

Some Christians also apply the theory of situation ethics to specific scenarios when considering human rights. This supports the idea that all decisions should be considered on an individual basis.

TASK: 'Christians should always support human rights for everyone.' Do you agree? In your own words, respond to this statement, ensuring that you explain: