How did Christian principles help to heal South Africa after apartheid? 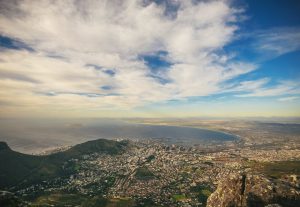 In 1948, an act was introduced in South Africa that decreed all black people would be 'separated' from white people. This was known as 'apartheid'. Apartheid simply means 'separateness'. The act gave favour and supremacy to white people. As a result, strict segregation orders were enforced, forbidding black people to access the same rights, social and educational provision and public places as white people.

Many homes of black people were confiscated and given to white people; black people were forced to live in extremely poor conditions. They had no voice and if they did protest; they were dealt with very violently. 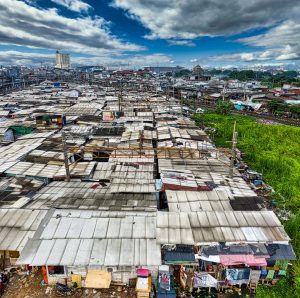 The white-dominated Dutch Reformed Church initially supported apartheid, arguing from the Bible that God deliberately divided people into different races (see Genesis 11), using this to suggest therefore that the white people were superior to black people.

They later changed their views, admitting they were wrong. There were Christians at the time who fought against this segregation. Two of the most influential were Bishop Desmond Tutu and Trevor Huddleston.

Bishop Desmond Tutu (1931-2021) was an Anglican minister from South Africa, who fought all his life for the rights of black people, regularly preaching against the system. He also campaigned for human rights in his country, seeking equality for all.

Trevor Huddleston (1913–1998) became the leader of the British Movement Against Apartheid, living for many years in South Africa. He based his fight for equal rights for black people on the conviction that it is impossible to be a Christian if you do nothing about injustice. He encouraged the boycotting of sporting events against South Africa and the purchase of South African goods e.g. apples and wine. He befriended other Christian workers against apartheid, working closely with them.

What did Christians do?

The Bible says: 'There is no longer Jew or Gentile, slave or free, male or female. For you are all Christians: you are one in Christ Jesus' (Galatians 3: 28). This verse clearly shows that it is wrong to think of one race being better than the other. With South Africa’s police and army supporting apartheid, many anti-apartheid Christians were left with a dilemma. To fight apartheid was to be branded a terrorist or communist, punishable by imprisonment, torture and death. However, some joined the armed struggle against apartheid. Tutu and others like him chose non-violent methods, for example, protest movements and petitions.

Apartheid was officially abolished in April 1994. Nelson Mandela became the President of South Africa the following month. There was a lot of anger that had built up amongst black people over the way they had been treated. Nelson Mandela, along with Bishop Desmond Tutu, worked to ensure that peace reigned. They had three choices:

They chose the last option, setting up the Truth and Reconciliation Commission. Victims were able to talk about what they'd been through; offenders apologised for their behaviour. Any offender coming forward was offered amnesty; they were not punished for their offences.

They based their decision on biblical teachings about forgiveness, of which there are many. Some examples include:

"I am not interested in picking up crumbs of compassion thrown from the table of someone who considers himself my master. I want the full menu of rights.

If you are neutral in situations of injustice, you have chosen the side of the oppressor. If an elephant has its foot on the tail of a mouse and you say that you are neutral, the mouse will not appreciate your neutrality."