Salvation: Why Did Jesus Have to Die?

One of the biggest questions about Jesus’ death is: Why did Jesus have to die? If God can do anything, surely He could forgive people just by saying the word. Was it really necessary that Jesus died? 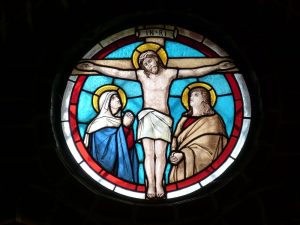 If you’re asking this question, you’re not alone. Theologians have been exploring the meaning of Jesus’ death on the cross for many hundreds of years.

One of the most popular beliefs around Jesus’ death is the idea that Jesus died in our place. This idea is called ‘penal substitution.’ It’s essentially the idea that:

But this still leaves us with a big question. How is it that Jesus’ death is able to pay for our sin?

To help explore this it’s worth flicking back through the pages of the Old Testament to see what it says about sacrifice. Get ready for some ancient Israelite history...

Sacrifice in the Old Testament 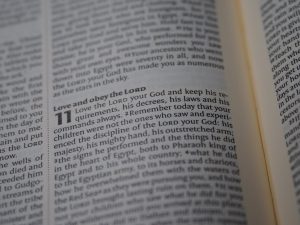 The Bible is made up of 66 shorter books of different types of writing, or genres. Some of these books (i.e. Exodus, Leviticus, Numbers, and Deuteronomy) are books of laws. The Law was given to Moses as part of God’s covenant (contract) with them. The Israelites were miraculously led out of Egypt to freedom and began their new life as God’s special people. With this came laws that governed their daily life and worship.

Sacrifice had a big part to play in how they connected to God. God was perfect; people, as we still see today, were not. So the Law dictated a system of sacrifice to atone for these imperfections – or sins. Goats or bulls were generally used. These animals were sacrificially killed and offered to God on the altar. This way, the person offering the sacrifice was granted forgiveness for specific sins. In other words, these sacrifices took away their sin and in so doing restored their standing with God.

There were all kinds of regulations around the animal to be used. One key feature was that the animal had to be ‘spotless’ – without any kind of deformity. It was a way of showing how special God was. After all, getting rid of something that isn’t especially precious is hardly a sacrifice!

The idea of the ‘scapegoat’

In Chapter 16 of the Book of Leviticus, there are instructions for an important annual sacrifice for the Israelite community. Once a year, on a day known as the Day of Atonement, Israel’s High Priest would make himself ritually clean, take a young goat and place his hands on its head. He would confess all the sins of the community over it, and so symbolically place all of those sins onto the goat. Then, the goat would be driven out into the desert or wilderness, taking Israel’s sins with it. This would make the community acceptable to God.

The word used is a scapegoat. We still use this term to describe somebody who takes the blame for some kind of community failing and is duly punished for it on behalf of others.

How does this link to Jesus’ death?

Once we’ve got these pieces of the puzzle in place, the question of why Jesus had to die starts to make a bit more sense.

There’s an episode in John’s gospel, where the prophet, John the Baptist, sees Jesus walking past and says to his disciples,

He’s pointing to this idea of sacrifice: that a pure animal can take on sin or wrongdoing and, in being sacrificed, the sin is removed. The New Testament makes it clear that Jesus was divine – from God. He was ‘without sin’ and therefore a perfect sacrifice. If he had been a regular person like everybody else, full of the same problems, it wouldn’t have worked. He could have atoned for his own sin, but that’s all.

The letter to the Hebrews (in the New Testament) was written to people who understood the Old Testament system of sacrifice. The writer explains that Jesus’ death on the cross wasn’t a tragic fate – it was God’s way of making sure that sin would never again stand in the way of them and God.

"If that animal blood… were effective in cleaning up certain matters of our religion and behaviour, think how much more the blood of Christ cleans up our whole lives, inside and out. Through the Spirit, Christ offered himself as an unblemished sacrifice, freeing us from all those dead-end efforts to make ourselves respectable, so that we can live all out for God." (Hebrews 9: 13-14 - The Message translation)

For an easier version of this resource please click here.

Find out more for yourself... There is another famous Old Testament lamb which Jesus is often compared to. The Passover remembers how Moses led the Israelites out of slavery in Egypt. The lamb at the first Passover, eaten by the Israelites the night before they left Egypt, had a huge part to play in the rescue. Read the story of the first Passover in Exodus 12. How does this story connect with the Christian idea of Jesus as the lamb of God?