Sermon on the Mount: Forgiveness

Learn what Jesus meant when He said, 'love your enemies'...

“You have to admit, love your enemies is a strange thing to say. I couldn’t quite believe it as I heard his words ripple through the crowd. What, even the Romans who have come to occupy our land? How are we supposed to love them? The other rabbis are pretty clear about the law of Moses ‘an eye for an eye, a tooth for a tooth’ – they say a punishment has to fit the crime. Can I really forgive someone who has wronged me? If I love someone who hates me will it change them? More to the point will it change me?”

Is that what you would have thought if you had been there to hear Jesus’ teaching?

‘Love your enemies’ is a powerful statement and not one that goes down easily. In the Old Testament, if someone had wronged someone else, there was a system of justice in place; they were paid back like for like. See Exodus 21:23-24.

Therefore, if someone was the victim of a crime, they could have their revenge on the criminal. In some ways this can still be seen in the justice system today when a judge passes a sentence on someone who is found guilty of a crime.

Jesus goes beyond the law and teaches that people should forgive and love their enemies, pray for them even. Hating those who hate us or who do wrong to us seems to be a state that people naturally fall into. Sometimes there can be a justifiable reason for hating someone, however, Jesus is saying that if we choose not to hate and to pray for people who wrong us, then there is the potential for change. The offender may change through being shown mercy and forgiveness, and a healing process can start in the person who chooses to forgive. It could even change the way people live their lives.

Jesus says that if a person really wants to shame someone who does wrong to them, it’s important not to respond like for like. “If anyone slaps you on the right cheek, turn to them the other cheek also. And if anyone wants to sue you and take your shirt, hand over your coat as well. If anyone forces you to go one mile, go with them two miles.” Matthew 5 39-41.

Jesus is NOT saying that you should put up with mistreatment or allow yourself to be abused but that if your enemy tries to mistreat or offend you, you will show them up by offering more generosity yourself and not behaving the same way. You can read more about one Christian’s response to persecution here.

Jesus knew what it meant to be hated himself but through loving those who wronged him, he used it to change lives. Read more about a man called Saul (Paul) an enemy of the early Christians whose life was radically changed after a strange encounter on the road to Damascus and the actions of a man named Ananias.

There are many Christians who have followed Jesus’ teachings over the centuries, seeing a successful change in their circumstances. A famous example is Martin Luther King. He chose to ‘love his enemy’, organising peaceful, non-violent, protests to change the laws and treatment of Black Americans in the 1950s and 1960s.

You can read more about Martin Luther King here. 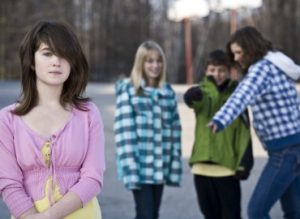 ‘You have heard that it was said, “Love your neighbour and hate your enemy.” But I tell you, love your enemies and pray for those who persecute you.'